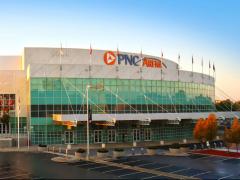 Avg User Rating: 4 out of 5
Total Votes: 7
Sign in to add your rating

I have been to the PNC arena on several occasions. My favorite time there is seeing the Red Hot Chili Peppers live in concert in 2016. They're my favorite... (more)

I attended an NC State vs. Georgia Tech men's basketball game at PNC Arena. Unfortunately, at the game I attended, Tech lost. Since the arena's opening in... (more)

Came here for a Caps-Hurricane game and enjoyed the venue. I had good seats and where I was, there was a little mini-food court right near the seats so... (more)
Landscaping Service Raleigh N.C. Oct 27, 2011

This place is a great venue to watch games, music, or monster truck shows