The 75th annual Raleigh Christmas Parade marched through downtown on Nov. 23, 2019. It was the 46th year the parade was broadcast live on WRAL.

Presented by Shop Local Raleigh, the Raleigh Christmas Parade is the largest Christmas parade between Washington, D.C., and Atlanta.

Tens of thousands line the street annually for the celebration of the holiday season that features high school bands, local merchants, marchers in costume, floats, enormous balloons and the arrival of Santa Claus.

From there, the parade:

For many families, going to the Raleigh Christmas Parade is an annual tradition. The plan ahead to navigate the crowds, get a good parking spot and stay warm (or cool) and cozy.

Check out Go Ask Mom's guide for tips for families, where to park and how to get the best vantage point.

The 2019 WRAL Winter Wonderland was open from 10 a.m. until 1 p.m. with ice sculptures and a special celebrity guest!

Join us at WRAL Winter Wonderland 2019

Watch the Raleigh Christmas where ever you are 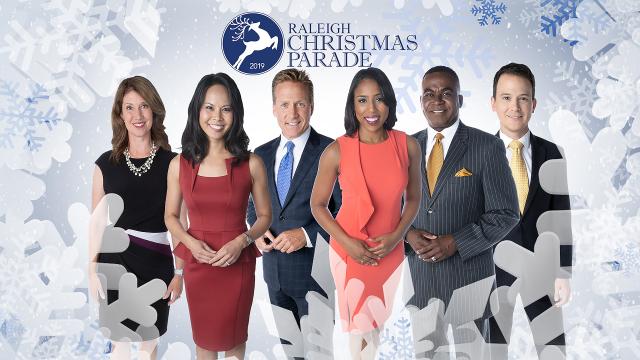 In 2019, as the parade celebrated 75 years in Raleigh, the morning started with a tribute to the event's history in the City of Oaks.

The parade always airs live and commercial-free on WRAL-TV, and streams on WRAL.com, on the WRAL-TV Facebook page, and in WRAL's apps for Roku, Apple TV and Amazon Fire.

It will be rebroadcast on Christmas Day from 3 to 5 p.m. on WRAL-TV.

Parades of the past

Photos, segments, more from the 2015 parade

Vote for your favorites now!