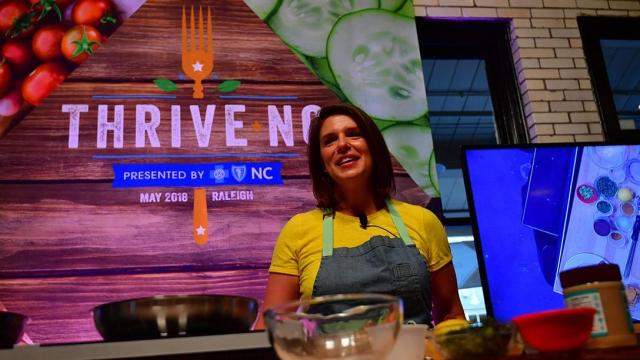 “The state of North Carolina is rich with culinary talent and I feel very fortunate to take part in Thrive NC again this year,” Christensen said. “Thrive NC aligns with the goal of many chef activists in our area and together we are making a commitment to support our community."

The festival, which is sponsored by Blue Cross Blue Shield of North Carolina, will be held May 9-10 at City Market. Each night will include chefs performing live demonstrations, samples from local restaurants and breweries and live music.

Howard, who starred in A Chef’s Life on PBS and owns Chef and the Farmer in Kinston, will kick things off by hosting the first night of Thrive NC. Christensen, who was awarded the James Beard Award for best chef in the southeast in 2014, will host the second night. Both chefs hosted chef demonstrations last year during the festival's inaugural year.

New this year, the chefs will be inviting a mix of local and national talent to take the stage during the festival for lively cooking demonstrations each night. Those chefs will be announced next month.

“Not only are Ashley and Vivian incredible chefs with local ties, they are also doing noteworthy things in the community and have made service a pillar of their lives,” Blue Cross NC vice president, marketing and community engagement Reagan Greene Pruitt said. "We are excited to have these chefs return to Thrive NC and support the event and our mission to improve the health and well-being of our customers and communities.”

Thrive NC kicks off May 9 with an invitation-only summit addressing childhood nutrition and ways to combat food insecurity. The following day, the festival will present Thrive NC Service, which will bring members of the community together with a local nonprofit for a hands-on project to help those in need. 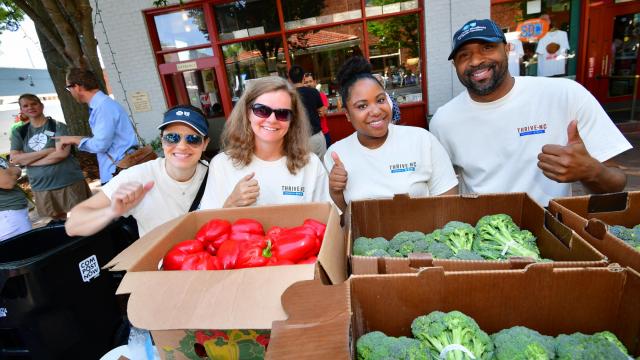 Leading up to this year's festival, Thrive NC will host a series of service events around the Triangle. The specific dates and community partners haven't been announced, but organizers say the events will take place in March and April.

“We know that so many people want to make an impact on their community, and Thrive NC is a great opportunity to do just that,” President and CEO of Blue Cross NC Dr. Patrick Conway said. “From service projects this spring through the festival in May, we will give people the chance to move their passion into action right alongside Blue Cross NC to lessen food insecurity across the state.”

Tickets for the food festivals are $30 per night and include unlimited food and drink samples. Tickets are on sale now. All ticket proceeds will go to area nonprofits working to improve food insecurity.

“Growing up in North Carolina, I can appreciate the need for a festival like this,” Howard said. “Food has the power to bring us together and the goal of Thrive NC is to do just that.”