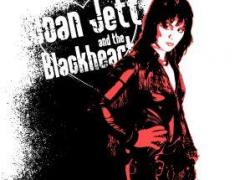 Downtown Live - A FREE outdoor concert series held in downtown Raleigh's Moore Square Park at the corner of Blount & Martin Street. This concert series, now in its fifth season, features some of the world's top recording artists and draws over 71,000 music fans from all over the eastern seaboard. Downtown Live is a joint partnership between the City of Raleigh Convention Center and the Raleigh-based Deep South Entertainment.


July 25, 2009The Charlie Daniels BandRenowned for his classic, "The Devil Went Down to Georgia," Charlie Daniels, a NC-born fiddler, and his band fuse hardcore country with hard-edged Southern rock boogie and blues. The group has always been known for their instrumental dexterity, but they were also notorious for their down-home, good-old-boy attitude! Join us for a knee-slapping, good ole time with The Charlie Daniels Band.


August 08, 2009TonicWith hits like "You Wanted More" and "If You Could Only See," the LA-based trio, Tonic, will bring the heart and soul to the Downtown Live stage this summer.Marcy PlaygroundMarcy Playground will be sure to light up the Downtown Live stage with their brand of catchy, pop-driven rock music. The band will be playing hits such as "Poppies," "Punk Rock Superstar," and their #1 smash hit "Sex and Candy."


August 22, 2009Better Than EzraBetter Than Ezra helped open the floodgates for alt-pop acts of the late '90s by merging college rock influences with mainstream aspirations. You will remember their hits "Good," "Desperately Wanting," "A Lifetime," plus many more!