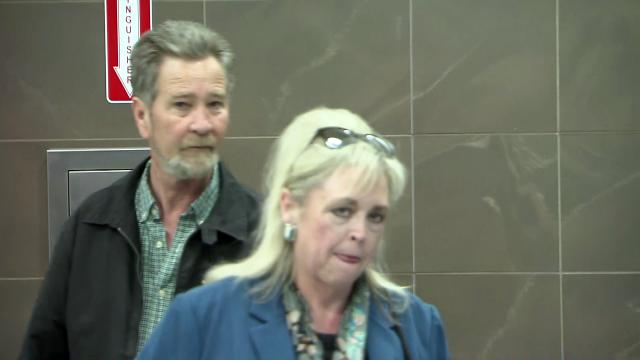 The DOJ's criminal division issued a federal grand jury subpoena March 6 to the State Board of Elections seeking "all documents related to election irregularities" in counties in the 9th District. The state elections board in late February unanimously voted to hold a new election in that race after allegations emerged that McCrae Dowless, a political operative hired by Republican congressional candidate Mark Harris, illegally took possession of voters' absentee ballots.

An attorney for the Harris campaign Tuesday confirmed to WRAL News that it received a subpoena from the DOJ's Public Integrity Section, but did not provide a copy of the document.

The subpoenas were first revealed Monday evening by WBTV in Charlotte, which reported the DOJ issued a third subpoena to Dowless. Neither Dowless nor his attorney, Cynthia Adams Singletary, have so far not responded to a request from WRAL News for comment.

Subpoenas do not appear to have been issued to the elections boards in Bladen or Robeson counties, two areas where Dowless operated. Reached by phone Tuesday, Valeria Peacock McKoy, the interim director of the Bladen County Board of Elections, said she hadn’t received any federal subpoenas. Nor had Tina Bledsoe, interim director of the Robeson County Board of Elections.

Kim Westbrook Strach, executive director of the State Board of Elections, said in a written statement that her agency supports the federal investigation and that her staff is compiling responsive records.

“We hope that prosecutions in these cases will help restore voters’ confidence in our elections and serve as a strong deterrent to future elections fraud,” Strach said.

The federal subpoenas issued in March came from the DOJ's Public Integrity Section based in Washington, D.C., not U.S. Attorney Robert Higdon in Raleigh. The acting chief of that division was at Higdon's office in January 2018, apparently to discuss election tampering concerns out of Bladen County from the 2016 elections, according to emails from the time.

The State Board of Elections repeatedly asked the Department of Justice to get involved following the 2016 elections, pointing to Bladen County and Dowless' operation, and by the time of the meeting had produced an eight-page report summarizing criminal violations it believed occurred.

Dowless and four other accused co-conspirators were charged and arrested in the last two weeks as part of a state-level investigation into absentee ballot irregularities in Bladen and Robeson counties.

The focus of those indictments, which followed a probe by the State Bureau of Investigation and Wake County District Attorney Lorrin Freeman, was largely on the 2016 general election and the 2018 primary. Freeman said she wanted to avoid interfering with a separate investigation into 2018 by the State Board of Elections that informed the vote last month to hold a new 9th District race.

But with that vote decided – and much of the State Board of Elections' investigative findings now in Freeman's hands – there will likely be more charges in connection with activity during the 2018 election.