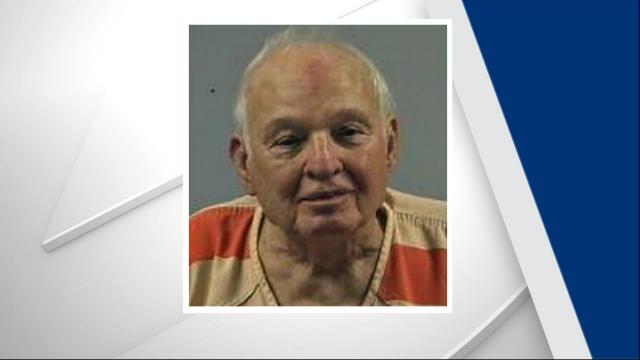 Benson, N.C. — A 91-year-old Benson man is facing charges after police said he attempted to kill his wife last month.

According to a police report, James Garland Nordan’s wife was working in the barn at their home on West Pope Street on April 23. When she returned the house, Nordan told her multiple times that he was going to kill her. He then fired a pistol at his wife’s head, at which point she ran from the house.

Nordan’s wife told police she heard her husband fire two more shots as she ran to a neighbor’s house to call 911, according to the report.

Authorities who arrived at the home saw bullet holes in the refrigerator, the mantle and the living room ceiling, the police report states.

Following the shooting, Nordan drove around the house, exited his truck, and began pointing a gun at officers as he walked toward them, according to the police report. The officers pointed their service weapons at Nordan and talked him into placing his weapon on the hood of his car.

The police report states that Nordan told officers that the gun discharged by accident and removed his hearing aid and refused to put it back in when officers attempted to speak with him at the police department.

Nordan was taken to the Johnston County Jail and charged with assault with a deadly weapon with intent to kill. He was released on bond and is scheduled to appear in court May 10.

According to the police report, Nordan and his wife had been married for about 10 years. Authorities did not say what motivated Nordan to attempt to shoot his wife, but the police report states she told officers her husband accused her of taking money from his safe earlier in the day.

Nordan’s wife told police that he had previously pulled a gun on her during an incident two years ago, the police report states.