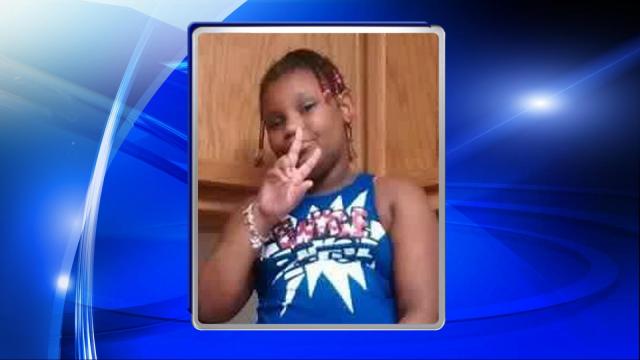 Henderson, N.C. — A 9 year-old girl was being treated for injuries after a shooting at a Henderson apartment complex early Monday.

Henderson police responded to a report of gunshots at the Highland Green Apartments on Pinkston Street at 12:21 a.m. Sa'Maya Hargrove was transported to Maria Parham Medical Center in a private vehicle before officers arrived on the scene. She was later transferred to Duke Hospital. Her cousins, 19 year-old Shanice Meadows and 21 year-old Machaela Bullock, said she was shot in the face, near the eye.

"It was real scary, I thought I was going to have a heart attack," Meadows said.

Officers also found a second victim, 18 year-old Aisha Taylor, who received a gunshot graze to her arm. Taylor was taken to a hospital for treatment.

Police Chief Marcus Barrow said the shooting happened when a vehicle pulled up to a group of people that were standing in front of the apartments and someone began firing a weapon. Hargrove's cousins said several people were in the car listening to music outside the apartment complex when a bullet passed through the car and hit Hargrove, who was in the front passenger seat.

The cousins also said that Taylor was outside the car, standing just inside the open driver's side door. Several other people, including a 2-year-old boy, were in the car.

Hargrove is a rising fourth-grader at EO Young Elementary School.

Henderson police Lt. Chris Ball said the department is hoping that anybody involved in the incident will surrender to police.

Anyone with information on the case is asked to call Crime Stoppers at 252-492-1925. Crime Stoppers pays cash for anonymous tips that lead to arrests.