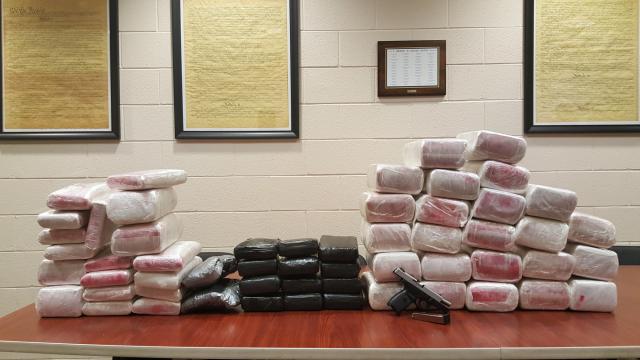 Hillsborough, N.C. — Sheriff's deputies jailed four men in Orange County on Friday after finding more than 80 kilos of what officials suspect is cocaine.

During an investigation at 511 West Hill Ave. Lot B10 in Hillisborough, deputies found 82 kilos of cocaine and 2 kilos of heroin, the sheriff's office said. Deputies also seized a firearm.

The suspected narcotics were concealed in various compartments around the residence.