Garner, N.C. — An 8-vehicle crash closed all westbound lanes of Interstate 40 Saturday morning near Exit 309, or the exit to U.S. Route 70.

Traffic was backed up for miles in Wake and Johnston counties near Garner, officials said.

Several people were transported to a local hospital, but officials said there were no life-threatening injuries.

Viewers told WRAL News that they were sitting in traffic for close to two hours, while barely moving. They also said that drivers were turning around and going the other direction on I-40 West. 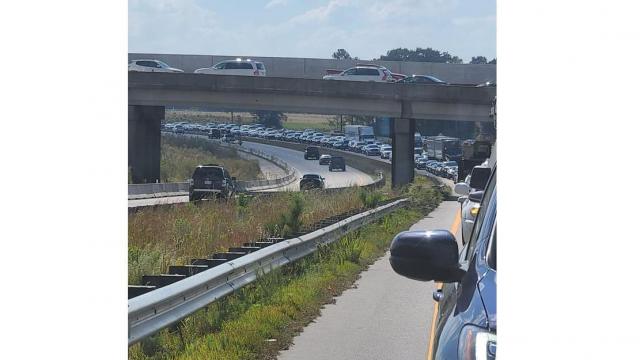 "We end up going the opposite way in order to find our way out," one WRAL viewer said. Detour traffic was being directed onto Exit 312, or North Carolina Highway 42. 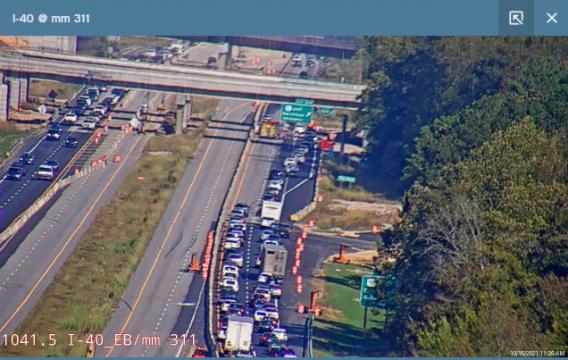 WRAL's traffic maps show that there was bad congestion along Cornwallis Road, N.C. Highway 42 near the Sheetz gas station, and U.S.-70.

Tow trucks worked to clear the scene for over an hour, and as of 12:45 p.m. The North Carolina Department of Transportation said that both lanes reopened around 1:20 p.m., but traffic maps showed there was still heavy congestion in the area. 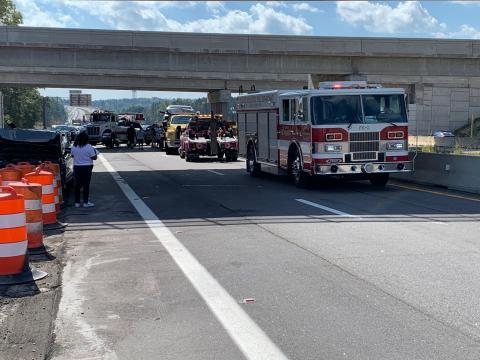