Durham, N.C. — As some people celebrated freedom on the Fourth of July, others were afraid to just leave their homes because of all the 'celebratory gunfire' going on in Durham. People in the area said gunfire could be heard echoing across the city.

For one 74-year-old woman who did venture out, the decision proved deadly. Paulette Thorpe was shot on the 500 block of Burlington Avenue in Durham at around 11 p.m. She was transported to a local hospital and died sometime later, officials said. 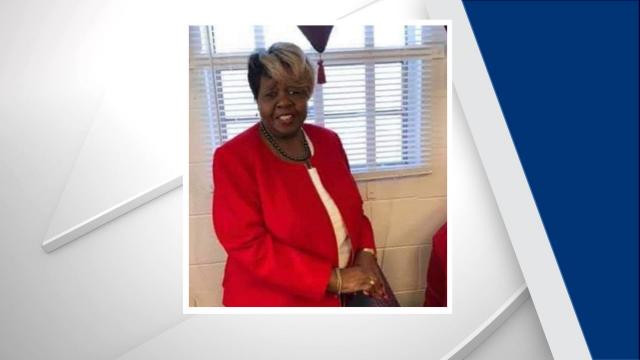 One Durham resident said she and her daughter were too afraid to go outside because of all the shooting they could hear.

Durham Mayor Pro Tem Jillian Johnson said she's horrified by what she describes as an all too common occurrence in Durham. Johnson even heard gunfire on her own street.

"Over the last couple of weeks there's been fireworks every night, but last night was really different. There was a lot more people shooting guns into the air last night," she said.

Herman Davenport took to Facebook live to share his outrage, saying, "To all you hoodlums to all you people with guns who don't know how to use em. It's common sense is all it takes. There's no such thing as an accident when your fingers on the trigger. and Paulette paid the price for someone else's stupidity."

Davenport isn't the only person angry about the gunfire and tragic loss last night. Johnson is demanding change, along with Durham's Police Chief C. J. Davis.

"A small few chose to put our community at risk by carelessly firing guns into the air," said Davis.

"This reckless behavior led to the tragic death of Ms. Paulette Thorpe," Davis said. "Ms. Thorpe’s death reminds us that we as a community must work together to prevent these senseless acts, so that no family suffers such a tragedy ever again.”

Johnson said the key to stopping these kinds of tragedies is education. "By the time the police come to a site, the shooters are gone. right? I think prevention is really what we need to do. We need to reach people who think this is an appropriate way to act, and we need to make sure they are educated in what the consequences can be," said Johnson.

By sharing the grim reality of these kinds of shootings, leaders are hoping no other family has to feel this kind of pain.

Durham police are still investigating the incident. Because it is under investigation, no other details were given to the public at this time. If anyone has any information they are encouraged to call Investigator Bongarten at 919-560-4440 ext. 29529.

2019: Durham teen struck by stray bullet during Fourth of July
SUGGEST A CORRECTION