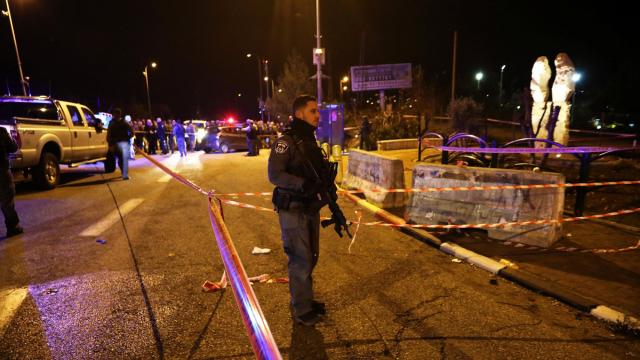 (CNN) — A 21-year-old pregnant woman was among seven people wounded in a drive-by shooting near the Israeli settlement of Ofra in the West Bank, according to the Israeli ambulance service, Magen David Adom, known as MDA.

The woman, critically injured at the entrance to the settlement, was 30 weeks pregnant, doctors at the Shaare Zedek hospital in Jerusalem said.

After the woman arrived at the hospital having suffered heavy blood loss and with wounds to the lower abdomen, doctors induced labor, Dr. Alon Schwartz of Shaare Zedek said on Israeli television.

The baby is in a stable condition, while the woman is undergoing further surgery, Schwartz said.

Shots were fired from a passing car toward people standing at a bus stop at the entrance to the settlement, according to the Israel Defense Forces. Soldiers nearby responded by firing toward the vehicle, which managed to flee the scene, the IDF said.