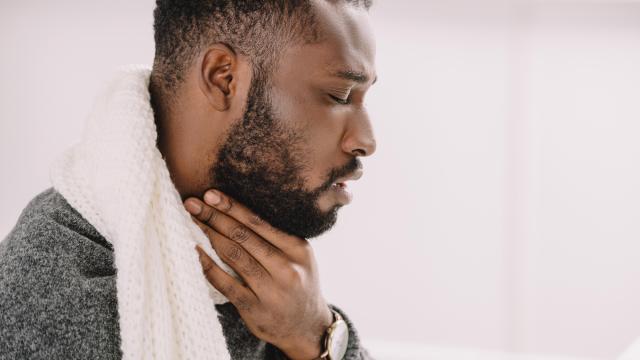 This article was written for our sponsor, 3HC.

Many who are diagnosed with lung cancer don't live long enough to share their stories; however, it's the second most common cancer in the United States according to the American Cancer Society.

Lung cancer occurs primarily in those aged 65 and older, and while the prognosis can be hopeful, Cancer Treatment Centers of America estimates the five-year survival rate for late-stages is less than 10 percent.

"Studies have proven a decrease of 20 percent in mortality when lung cancer is discovered early," Kasbari said.

The onset of symptoms is subtle, but the body will form a constellation of clues that something is off. Here are seven warning signs to look for:

Occasional coughing is standard, but a cough that continues for weeks could be indicative of a tumor pushing on the bronchi to trigger cough receptors. Coughing up blood or dark phlegm is another warning signal.

Infections are part of the natural course of cancer and the result of a suppressed immune system. In lung cancer patients, lung-related infections, like pneumonia and bronchitis, are common. Those struggling to recover, or who have recurring issues, should see a doctor.

Treatments like radiation and chemotherapy will suppress the appetite regardless of the type of cancer, but lung cancer is among the handful of cancers that directly suppress one's desire to eat. While the exact cause is unknown, 60 percent of lung cancer patients report losing weight prior to their diagnosis.

Large tumors in the lungs tend to press on the superior vena cava, a vein that causes headaches, swelling and numbness when restricted. Shifts in balance and strength are also a side effect of small-cell lung cancer, in which paraneoplastic syndrome (symptoms resulting from the substances tumors produce) disrupts neuromuscular communication.

If lung cancer spreads, new tumors can form along the skeletal system. As a result, bones become damaged and fragile. For elderly individuals, areas already weakened, like the back and hips, become painful.

Among the most surprising of symptoms is clubbing, or an enlargement of the tips of the fingertips. This occurs as a result of low oxygen in the blood and is associated with various types of lung cancer.

According to Kasbari, smokers account for 90 percent of lung cancer cases, but non-smokers are still at risk.

"Lung cancer can be seen in non-smoker," Kasbari said. "Those patients will most likely have a genetic mutation, and we don't understand the mechanism behind the mutation."

Strategies to keep lung cancer at bay include quitting smoking, exercise, avoiding environmental irritants and limiting exposure to toxins. Since the lungs have few nerve endings and present symptoms slowly, taking note of unexplained sensations and seeking your doctor's opinion is wise.

"Screening for lung cancer is the standard of care nowadays," Kasbari pointed out.

Cancer patients who are 65 and older should consider chemotherapy and other aggressive treatment options with care. While it's difficult to establish a maximum age for chemotherapy, age 65 is considered the cutoff.

Because of this, elderly individuals diagnosed with late-stage lung cancer should consider home health and hospice options. These specialized care options can help elderly lung cancer patients ensure their physical, emotional and spiritual needs are met during the last years of their lives, whether in the comfort of their homes or at a dedicated hospice center.

This article was written for our sponsor, 3HC.