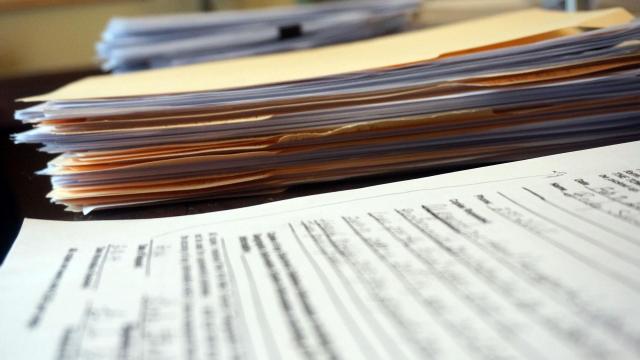 See more Sunshine Week coverage
Although it typically forms the backbone of the investigative reporting you see from news organizations across North Carolina, the state's open records law isn't explicitly intended for journalists – it's really for the public.

That's why Sunshine Week, a celebration of transparency and open government that ends Saturday, is a great time for North Carolina citizens to refresh their knowledge of what they have the right to request from state, county, university and local officials and what kinds of material counts in North Carolina as a public record.

Q: What qualifies as a public record in North Carolina?

North Carolina statutes and legal precedent combined take a pretty broad view of public records in the state: If it's created with taxpayer money, it belongs to you.

There are plenty of exemptions sprinkled throughout the public records law and the rest of the state's general statutes – personnel, privacy and public safety, to name a few – but the default position most courts have taken is that unless public officials can point to a specific exception, they must release what you ask for.

Even if confidential or protected information is included in the scope of your request, it is the record holder's responsibility to separate that information out. Governments must also bear the cost of that redaction and by law cannot charge you for it.

Such wide latitude to request documents can be a bit daunting. But the law itself has a pretty comprehensive list of examples in the very first sentence. A few others to consider: emails, meeting minutes, official credit card receipts and call logs should all be open to the public for copying and inspection.

Q: How specific does my request have to be?

The easy answer (and the admittedly evasive one) is: It depends.

There's no real legal requirement to narrow your request in any way at all, but it's generally accepted that you'll have an easier time getting what you want if you tell the agency what you're looking for. That might mean limiting an email request to a few specific accounts with a small list of keywords. Or asking for agency travel records created during a limited date range.

Unless you don't want to reveal your motive, it can also help to give the agency as much information as possible about what you're looking for. That degree of specificity could help a government employee track down a report buried in a file cabinet somewhere or a presentation stored on a worker's hard drive.

Not everyone goes that route though. The North Carolina Republican Party in 2015 hit Attorney General Roy Cooper, then the presumptive Democratic nominee in the next race for governor, with a request for more than a decade of correspondence. The North Carolina NAACP, meanwhile, sent a long, rambling request in early 2016 seeking meeting minutes and "all information" about several topics such as the firing of former University of North Carolina President Tom Ross and the hiring of new President Margaret Spellings.

It typically helps to be a bit more specific than that.

Q: What information should I include in my request?

A few simple phrases can make the eventual response to your records request a little easier to manage.

First, ask for "access to and copies of" records. That way, if you get guff about the difficulty of making copies, you can offer to inspect them – during reasonable times and under reasonable supervision – in their original location or format, such as the basement file cabinet or internal email system.

If you do want copies, specify the format. The law says requestors can obtain public documents "in any and all media in which the public agency is capable of providing them," so it's not acceptable for an agency to provide a PDF of, say, contractor payments when it keeps that record in spreadsheet format.

I typically add three more sentences to my requests, all designed to either speed up the process or provide details I can use to push back against redactions, if necessary:

Q: Do I have to identify myself?

Government officials are not prohibited from asking your identity when you file your request for public records, but you do not have to reveal who you are or why you want the records.

Q: Do I have to be a North Carolina resident?

No. Anybody, even residents from outside North Carolina, can request records from local, county and state government agencies, as well as state-funded colleges and universities.

Although there have been attempts in the state legislature to change this on the grounds that only state taxpayers are entitled to state records, they've so far failed.

Other states have successfully passed such laws, but open government advocates point out that, given the amount of federal money that flows through government at almost every level, government records are the property of the people – without regard to borders.

Q: How many days do public officials have to respond?

Unlike other states and even the federal Freedom of Information Act (FOIA), there is no legal requirement prescribed by North Carolina law for government officials to respond in a certain timeframe.

Instead, the standard in this state is "as promptly as possible."

That leaves things open to interpretation, and government officials have at times stretched that definition out to a year or more in some cases.

But when the public record law was rewritten in the 1990s, the argument against establishing a time period was that it would extend routine and simple requests – for example, police reports – to the maximum response time, dragging out the process even longer.

Such a prescriptive response time hasn't helped reporters who regularly make use of FOIA requests on the federal level. Despite a requirement that officials must respond in 20 business days, an Associated Press investigation found requestors routinely wait months or years for records, if they receive anything at all.

Q: How much can they charge?

There are only a few specific things government agencies can charge for when responding to records requests. That's because the general understanding is that these records were created with taxpayer funds – because requestors have already paid for them, charging again would essentially be double-billing.

Agencies may charge for printed copies or for the media (CDs, thumb drives, etc.) the requestor specifies, but that "actual cost" is limited to the "direct, chargeable costs" related to reproducing the record. The McCrory administration's policy, for example, is to charge 5 cents per page in the case of paper copies.

But another part of the administration's policy is more controversial. The state's public records law allows for a "special service charge" for requests that require an "extensive use of information technology resources or extensive clerical or supervisory assistance." That special service charge must be reasonable and based on the "actual cost" for IT resources or labor.

This has seldom been used in the past, nor is it well defined in the law or in court precedent. But the McCrory administration's policy, applicable to every cabinet agency, is to apply such a service charge to any request that requires four or more hours of "clerical or supervisory assistance" to fill.

The current estimate for that special service charge is $18 an hour.