7 hurt when van wrecks on I-95 in Fayetteville 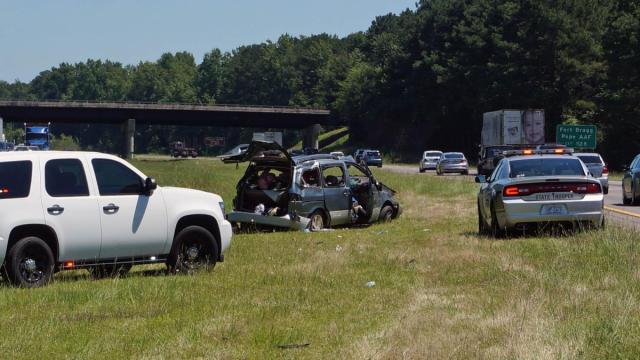 Fayetteville, N.C. — Seven people were taken to the hospital late Monday morning when a van wrecked on Interstate 95 near Fayetteville.

The wreck happened shortly before noon when a minivan traveling south on I-95 blew a tire and flipped several times. Three people were ejected from the van in the wreck.

Information on the severity of the injuries in the incident has not been released.

Southbound I-95 was temporarily blocked after the wreck but reopened shortly after noon.