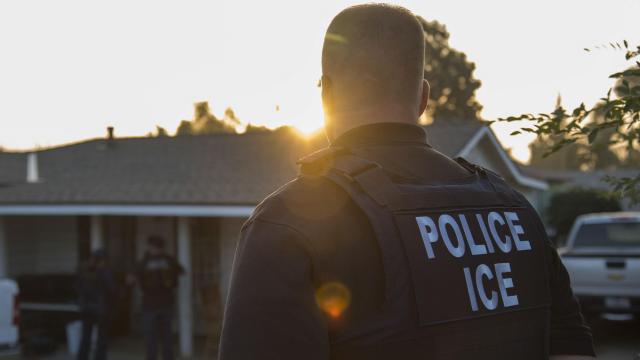 “Fifty-five is the largest number of Republican senators in the last 100 years.”

Republicans appeared to be on the verge of expanding their narrow Senate majority after Tuesday’s midterm elections. But even wins in all three races that remained uncertain on Wednesday evening would get them to only 54 seats, a number they had as recently as last year.

“This election marks the largest Senate gains for a president’s party in a first midterm election since at least President Kennedy’s in 1962.”

At the time of Trump’s comments, the Republicans had picked up a net gain of two Senate seats; several other races remained too close to call.

Depending on the results of the three races that remained uncertain Wednesday evening, Republicans could end up with a net gain of zero to three seats. If their gain holds steady at two, it will match their showing during the 1970 and 2002 midterm elections. (In 1970, Democrats retained control of the Senate despite the Republican gains.)

If Republicans end up with a gain of three seats, Trump’s claim would be correct. They clung to narrow leads on Wednesday evening in two of the three unresolved races, and were headed to a runoff in which they were favored in the third. But as of Wednesday, it was premature to declare a 50-year achievement.

“Many of the people that we’ll be dealing with, you know, in 2006 they approved the wall, essentially. It was a very strong border fence, but it was the same thing.”

Trump was referring to the Secure Fence Act of 2006, which passed Congress with the support of Democrats and was signed into law by President George W. Bush.

The law authorized about 700 miles of fencing along the southwestern border. That’s not quite the same thing as Trump’s 1,000-mile concrete border wall. (He sometimes calls the wall a fence, though he has also rejected suggestions that it is a fence.)

During the 2016 campaign, Trump characterized the 2006 legislation as inadequate, dismissing it as “such a little wall, it was such a nothing wall” in an August 2016 interview with Sean Hannity.

It is true that some left-wing Democratic lawmakers — including several potential presidential candidates — have called for abolishing or replacing the Immigration and Customs Enforcement agency. But most Democratic leaders have stopped short of demanding the elimination of the agency that is part of the Department of Homeland Security.

Sen. Chuck Schumer of New York and Rep. Nancy Pelosi of California, the Democratic leaders, support overhauling ICE but not abolishing it. That position also is backed by Sen. Dick Durbin of Illinois and Rep. Steny Hoyer of Maryland, the second-ranking Democrats in their chambers.

“ICE does some functions that are very much needed,” Schumer said in June. “Reform ICE, yes. That’s what I think we should do.”

Asked in August where she stands on abolishing ICE, Pelosi said: “I don’t agree with that at all. I don’t think that’s a good idea. I don’t like some of the policies of ICE, and we have to have oversight over ICE and we have to reform ICE as to some of how they do work.”

There is no evidence that any Democrat has broadly suggested “getting rid of law enforcement.”

Reporter: “My question is on health care. How is it possible to keep premiums down and cover pre-existing conditions without the individual mandate to fund it?”

Trump: “Well, first of all, what we’re doing — and we’re, if you look at the Department of Labor also, secretary — separately, Secretary Azar, what they’ve done, they’ve come up with some incredible health care plans, which is causing great competition and driving the prices right down.”

Under Secretary Alex Azar, the Health and Human Services Department issued a rule in August that allowed consumers to purchase short-term health insurance plans. Those plans are not required to cover people with pre-existing medical conditions.

Separately, the Labor Department issued a rule in June allowing small businesses to band together to buy health insurance plans, known as association plans. While the plans are not allowed to deny coverage to people with pre-existing conditions, or charge them more, the insurance does not have to cover benefits like maternity care or mental health services.

“We have close to a $100 billion trade deficit with Japan.”

The United States had an overall trade deficit of $56.6 billion with Japan in 2017 — about half of Trump’s estimate.

“Billions of dollars will soon be pouring into our Treasury from taxes that China is paying for us.”

Tariffs imposed by the Trump administration are paid by American importers who ship goods into the United States from China, who in turn may pass the cost to consumers. The Treasury Department reported that it collected $6.7 billion more in revenue from customs and duties on imports in the 2018 fiscal year than in 2017 — though it did not specify how much came from tariffs imposed on Chinese products.