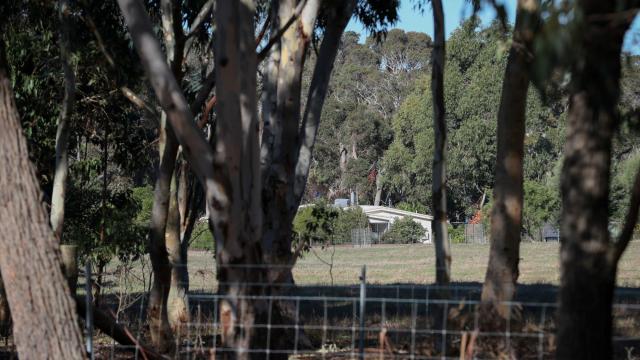 PERTH, Australia — Seven people, including four children, were found dead from gunshot wounds at a rural property in Western Australia on Friday, the police said, in what appeared to be the country’s worst mass shooting in more than 20 years.

Police were called just after 5 a.m. Friday to the home of Cynda and Peter Miles in Osmington, a village near the tourist town of Margaret River, 170 miles south of Perth. There they discovered the victims, three adults and four children.

Police have yet to publicly identify the bodies. They said they were not pursuing a suspect, but would not confirm a murder-suicide.

Crime-scene and homicide detectives traveled from Perth to investigate.

South West Superintendent Mick Sutherland, the most senior police officer in the region, said Friday that the property was a crime scene, “and we’ve got to figure out what happened.” He said the police expected to be on the site for up to five days.

“The loss of any life is tragic, but the loss of four children and three adults — this is a significant tragedy,” Chris Dawson, commissioner of the Western Australia Police, said at a news conference. “Police are currently responding to what I can only describe as a horrific incident.”

The deaths represent the worst mass shooting in Australia since 1996, when a gunman killed 35 people in Port Arthur, Tasmania. That event was the catalyst for a significant strengthening of the country’s gun laws.

American proponents of gun control, including former President Barack Obama, often point to Australia’s strict regulations and few mass shootings as a guide to limiting such events in the United States. Experts typically define a mass shooting as the deaths of four people, excluding the gunman, in a single event.

After the Port Arthur massacre, Australia banned assault rifles and many other semiautomatic rifles and shotguns, and it bought firearms — mostly the banned weapons — from owners who turned them in. It also imposed new registration requirements and restrictions on gun purchases.

But researchers say it is hard to determine with much certainty how the changes affected gun violence overall. There were no mass shootings for 18 years afterward, but they make up a small fraction of all shootings. In 2014, a farmer shot his wife and three children before killing himself.

The ban and buyback were estimated to have reduced the number of guns in private hands in Australia by 20 percent. But most gun violence involves handguns, not the “long guns” that were the focus of those changes.

Australia’s homicide rate did not fall in the first years after those restrictions went into place, though suicide declined.

Homicide dropped significantly from 2003 to 2014, a period when it was also declining across the developed world, including the United States, for reasons that criminologists say are unclear. Coincidentally or not, that decline followed the adoption of some handgun restrictions in Australia.

According to neighbors and public records, Cynda Miles worked for a local community group. Her daughter Katrina Miles and her daughter’s four children, ages 8 to 13, lived on the property. The children were all home-schooled. A friend of the family, who is in the same home-schooling network, said the children were on the autism spectrum.

Police said they would identify victims only after next of kin had been notified. Local news media, however, said the victims were Katrina Miles, her children and her parents.

Osmington has a population of just 135 and mostly consists of farming properties and vineyards. It is about 12 miles northeast of Margaret River, a popular tourist destination known for its wineries, surfing and natural beauty.