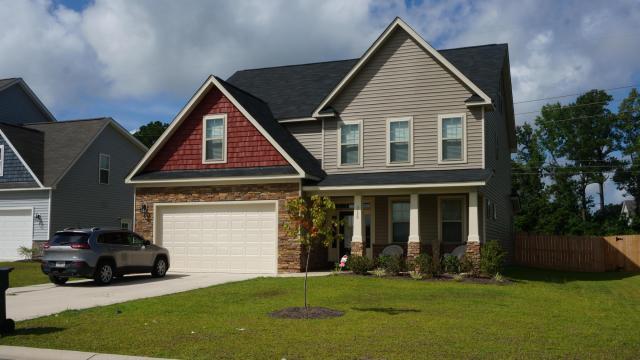 Fayetteville, N.C. — The teen accused of a deadly hatchet attack on his grandfather in Fayetteville Monday will stand trial as an adult if Cumberland County District Attorney Billy West has his way.

West said, given the nature of the crime, he will ask a judge to have the case moved to the adult criminal justice system.

Three generations of the Naulty family lived together on Elgin Drive in the Village at Rockfish. It was there, just before midnight on Monday, that Joseph Ezekiel Naulty told sheriff's deputies that he heard a yell and came upon a gruesome sight: His father, Joseph Emmett Naulty, 63, dead of a hatchet blow.

The name of the accused, who is 15 years old, has not been released. The boy was charged with first-degree murder on a juvenile petition, deputies said.

"When you see somebody that has such a good setting and relationship with their grandson, for something like this to happen is very difficult to take in," he said.

Next door, Dennis Burdon called the death puzzling. "I just can't understand it," he said. "I just talked to him the other day, and then all of a sudden this right here happened."