6 financial blind spots to be on the lookout for 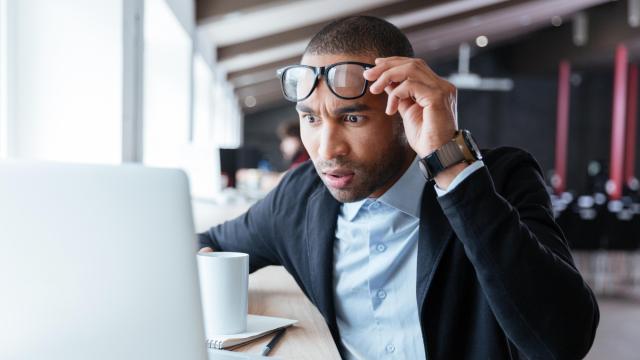 Managing your finances can seem overwhelming, but it doesn't have to be.

He said when it comes to monetary missteps, it mostly boils down to "financial blind spots."

"All of these blind spots work together to not only erode your chances of long-term financial success, but also can erode a person's general overall confidence in their financial plan," he said.

1. Not having any written goals

It's long been said writing something down helps you remember it. Research shows writing something down also helps you not only remember it, but also accomplish it. Forbes reported that "vividly describing your goals in written form is strongly associated with goal success, and people who very vividly describe or picture their goals are anywhere from 1.2 to 1.4 times more likely to successfully accomplish their goals than people who don't."

D'Arruda emphasized financial plans should be written down. Additionally, it's helpful to see something written down in your own writing, as you're more likely to do it because it's not coming from someone else.

"A lot of people that I talk to don't have anything written down. I'm guilty of it too from time to time. If I don't write down what I have to do, it doesn't get done," D'Arruda said. "However, writing down your financial goals helps you visualize and eventually realize them."

2. Banking on government programs and pensions

A lot of people assume the government will take care of them once they reach retirement age and their Social Security benefits kick in. However, it would be unwise to solely rely on things like government programs and pensions.

As of June 2018, Social Security pays out an average of $1,413 per month, which, for many, is not enough to live on alone. Pensions are also becoming obsolete as fewer companies opt for these employee retirement plans.

Putting a portion of your paycheck away for retirement is the best way to ensure you have what you need once you stop working. There are many options such as 401K, 403(b), IRA and ROTH accounts. Speaking with a financial planner will help you determine which retirement account is best for you.

"Government programs like Social Security are not going to fully take care of you through retirement," D'Arruda said. "They aren't designed to take care of you completely. Put money away, but make sure you're putting it away in the right places. I like a combination of the 401K, ROTH and a regular IRA."

Inflation is the increase in the cost of something, such as a good or service, over a period of time that typically indicates a decrease in purchasing power. For example, in the 1930s, a 3.0-ounce candy bar cost around five cents. Today, a 1.5-ounce candy bar costs around $1.10 — that's inflation.

Inflation will always exist and persist; that's why you have to adapt and plan for it. D'Arruda suggested identifying it, planning for it, and then to stop worrying about it.

"A lot of people paid more for their last car than they did their first house, when adjusting for inflation. The inflation rate is around 3 percent each year. To keep up with this, you need to make sure that your financial plan is growing by at least that much each year to help combat that," he said. "If you're putting money into your bank account at 1 percent, then you are losing money."

4. Not anticipating or paying taxes

You should always account for taxes, whether you are working for a Fortune 500 company, running a small business or are self-employed. Taxes are a part of life, and ignoring taxes or not paying them can get you in big financial trouble.

Good financial stewards pay taxes on time and are aware of all of their taxable income, which includes things like 401Ks once you reach retirement.

"I hear a lot of people say they aren't worried about taxes because when they get to retirement 'their taxes will go down.' The only way this happens is if you're making less during retirement than before you stopped working. I want my clients to make the same amount or more when they're in retirement so they can fully enjoy their lives," D'Arruda said. "This means that your taxes will be around the same amount as before. Don't fall for the myth that you'll be in a lower tax bracket once you retire."

5. Not figuring out the best mortgage payment plan

Depending on the person and what their financial situation is like, some people prefer to pay off their mortgage early while others want to pay it over time.

D'Arruda advised people who are paying more ahead of time to alert the banks they want the funds applied toward the principal cost of the mortgage, not the interest. This can give you a little more back each month on your reverse compound. Additionally, even if your monthly mortgage goes down or is eventually paid off completely, homeowners must still financially account for things like homeowners insurance, property taxes and the general cost of upkeep.

A downside to paying off a home too early is that you give the bank "buying power" when it comes time to sell.

"There is no right or wrong way when it comes to paying off your mortgage, but understanding the advantages and disadvantages of each scenario is important," D'Arruda said. "You have to make the decision that's right for you."

6. Not planning for retirement

You can retire whenever you want to retire, there's no finish line drawn in the sand. However, if you plan to retire at the "traditional" retirement age of 65 or sooner, you need to be financially prepared to do so. At 65, many people have between 20 and 40 years of life ahead of them and they need money to get them through this period of unemployment, otherwise known as retirement.

Individuals should look at what kind of income they will want and need to enjoy their lifestyles after they retire. Consider family time, travel, leisure activities and living expenses — you'll need money for all of this ahead of time. D'Arruda advised having anywhere from 120 to 130 percent more income than you earned when you were working.

Putting off planning for retirement cheats people out of things they could have been doing years in advance to ensure they have a comfortable retirement. D'Arruda said a financial plan is not the same as a retirement plan, and oftentimes, clients are not adequately preparing for when they will no longer be making an income.

"A lot of people don't have a true plan in place that takes all these pieces into account. Most people are focused on saving money and growing money, but they don't know what's going to happen once they actually get to the point of what they've been saving for, which is retirement," said Parker Holland, a chief wealth strategist at Capital Financial.

"I see people all the time who had the right pieces, but they weren't in the right place. If they would have redistributed those assets and put them into a retirement plan, they could have retired years earlier," D'Arruda added.

"We plan for folks until age 121. While we know this may not be a reality for most, we want people's finances to last until at least that long," D'Arruda continued. "I've met people in their 60s who wanted to retire at 65, but they really hadn't taken the right steps up until that point to be able to do that comfortably. Your financial plan is not a true retirement plan unless it has a structured income built into it that is guaranteed for the rest of your life."