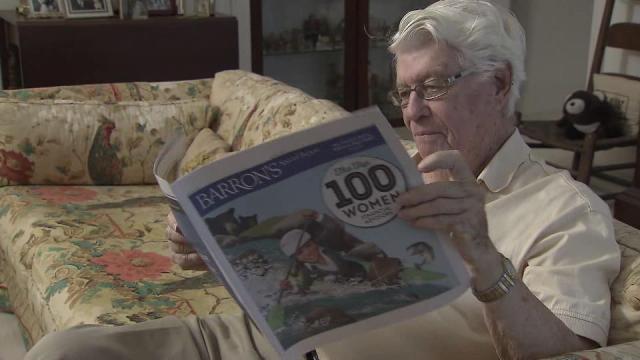 When a bill arrives, most of us pay it right away. That's a real problem if you get bill after bill for things you never ordered.

An elderly Raleigh man contacted 5 On Your Side after he says he was duped into paying hundreds of dollars for magazines he didn't order or receive.

Harry Stewart subscribes to Barron's, a stock magazine, to help him work the markets.

Stewart has been passionate about investing ever since. At 94, he still keeps up with his investments. "But I'm not really 94 as far as the aging process is concerned."

So when a Barron's renewal bill arrived, he paid it.

"I really got upset when I realized I had sent two checks," said Stewart. He added at that point, "I knew I was in trouble."

"Barron's said, 'We don't have anything to do with those people," Stewart told us.

He's talking about Publisher's Billing Exchange, the company that sent the bogus bills. The Better Business Bureau gives them an "F" rating.

The Better Business Bureau has hundreds of complaints ranging from billing to delivery issues. One person wrote: "I accidentally agreed to the offer not knowing it was not a bill. I complained and they offered a refund. The check they sent me bounced."

Publisher's Billing Exchange has sent Stewart eight different "renewal bills" since January. For everything from
People magazine to TV Guide to Smart Money.

"I had to laugh every time I opened it," he said. "I said son, I've bitten the first time and that's all!"

Then recently, he got a phone call he believes is connected to the magazine billings. He was told he won a lottery.

"I said well, I'm really happy about that. What do I need to do? And he said, 'Well, you'll need to send me a check,' and that's when I said, well, now wait a minute here."

He didn't waste a minute to call 5 On Your Side, to help him get the word out with the hope no one else falls victim to the billings.

"We ought to expose them," said Stewart.

He sent Publishers Billing Exchange a letter saying he wanted his $300 back. He eventually got a refund.

The company says it contracts with a clearing house to sell magazine subscriptions.

A good reminder for all of us to carefully review bills we receive, to verify we really do owe.