The crash happened around 10:45 p.m. in the 1400 block of Pamalee Drive near the Cain Road intersection, according to the Fayetteville Police Department. Emergency units arrived and found broken power poles and several damaged vehicles.

Police said Ronnie Taylor, 57, crashed his 2010 Toyota pickup truck into several vehicles along Pamalee Drive before hitting a utility pole. Taylor's truck then left the roadway and crashed into a storage shed at at home on Pamalee Drive.

The car and shed then caught fire, police said. 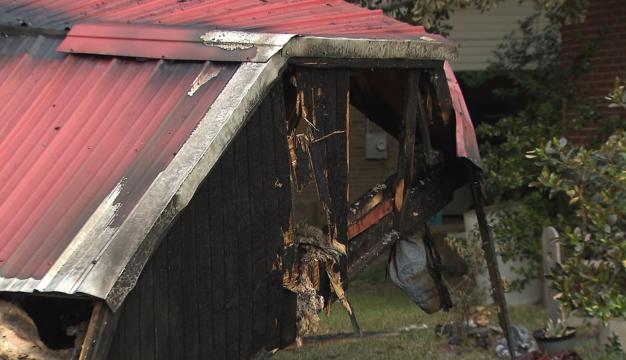 Taylor was flown to the Jaycee Burn Center at UNC Hospitals, officials said, where he is listed in critical condition.

The drivers of the other vehicles were not seriously injured. Some were treated at the scene for their injuries.