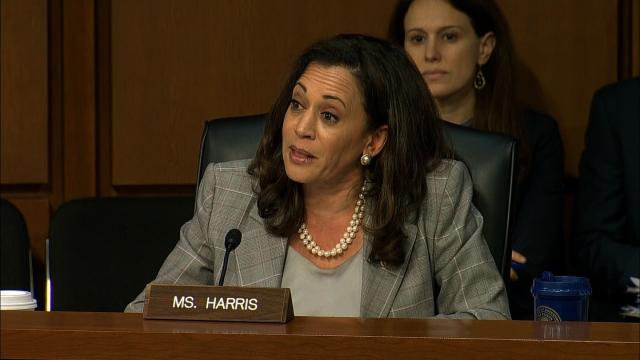 Attorney General Jeff Sessions captivated Washington Tuesday, beating back rumors of a private meeting with Russia's ambassador to the US and mounting a defense for President Donald Trump, one week after former FBI Director James Comey artfully unloaded on both men.

Sessions routinely said he would not answer questions regarding his conversations with Trump, but he delivered more than enough answers over two and a half hours of testimony Tuesday afternoon.

Here are the top five things we learned.

1. Sessions shut the door on Kislyak, then he re-opened it

Sessions had one major goal -- to protect himself after Comey thrust him into the center of the Russia maelstrom. And he appeared to do that effectively in a strong opening statement, where he slammed the door shut on even the possibility that he had a third meeting with Russian ambassador Sergey Kislyak.

"I did not have any private meetings, nor do I recall any conversations with any Russian officials at the Mayflower Hotel. I did not attend any meetings at that event separate," Sessions said.

But in the rat-a-tat-tat of follow-up questions, Sessions slowly pried that door open again, by increasingly hedging his answers.

Shortly after his opening, Sessions said that if he had talked with Kislyak, "It would've been certainly, I can assure you, nothing improper, if I'd had a conversation with him. And it's conceivable that that occurred. I just don't remember it."

Later, under an intense grilling from Sen. Kamala Harris -- which earned a rebuke from Sen. John McCain -- Sessions explained his hedging.

"Will you let me qualify it? If I don't qualify it you'll accuse me of lying. So, I need to be correct as best I can," Sessions said. "And I'm not able to be rushed this fast, it makes me nervous."

The chief law enforcement officer of the United States was never briefed on Russia's hacking of one of its major political parties, or any other efforts by Russia to mess with the elections -- past and future.

Why? Because he personally recused himself from all things related to the Trump campaign's ties to Russia the day after he was sworn into office. What Sessions didn't explain is why he waited a month to tell the public -- and his own associates -- that he had stepped aside from the probe.

Comey testified last week that as of February 14, he still believed Sessions had not recused himself -- but that he almost certainly would. In fact, according to Sessions, he had recused himself two weeks earlier.

Also, he's not 100% sure that Russia messed with the election, because he's only read news reports about it.

3. Sessions did a strong job protecting Trump, and himself

It's not clear if Sessions intended to pay penance to Trump after their relationship strained over the President's concerns that Sessions burned him by stepping aside from the Russia probe -- but he did a good job defending the White House anyway.

Sessions is now the only Trump official on the record, under oath, countering Comey's testimony last week under oath.

First, Sessions discounted Comey's report that Sessions didn't want to leave the room because he felt like something might be amiss.

"I left. It didn't seem to me to be a major problem. I knew that Director Comey, long-time experienced in the Department of Justice, could handle himself well," Sessions told Sen. Marco Rubio.

Then Sessions downplayed Comey's request that he never be left in the room alone with Trump again, saying, "he gave me no detail about what it was that he was concerned about."

Later, Sessions directly blasted Comey for his testimony in private last week, "This is a secret innuendo out there being leaked about me -- and I don't appreciate it."

4. Senate Republicans lined up more with Trump for this hearing

When Comey testified, there was nobody carrying water for the White House on the Senate Russia probe -- even though half of the panel is comprised of Senate Republicans. But that changed Tuesday, with a variety of Republicans coming to Sessions' (and the White House's) aide.

It could be because they didn't like seeing one of their former colleagues -- Sessions was in the Senate 20 years -- under the hot glare of the national spotlight.

Sen. Tom Cotton, an Arkansas Republican who has frequently supported Trump and worked with Sessions when he was in the Senate, offered him a hand, painting a comical portrait of an alleged spy scheme.

"Have you ever, ever in any of these fantastical situations heard of a plot line so ridiculous that a sitting United States senator and an ambassador of a foreign government colluded at an open setting with hundreds of other people to pull off the greatest caper in the history of espionage?"

An apparent fracture on the committee even emerged when, after Chairman Richard Burr said they were intensely focused on Russian interference in the election, Sen. Jim Risch muttered, "doesn't seem like it."

Warner made clear in his opening remarks they were already planning to bring Sessions in for questioning later this year, well before Sessions offered to appear before them. And lawmakers throughout the hearing pressed Sessions on providing emails and other documents to them.

What's not clear is if Trump will be forced to invoke executive privilege to stop Sessions from testifying again, or from handing over the documents senators requested Tuesday. Sessions cited a Justice Department policy which blocks officials from testifying about private discussions with the President.

Burr made it clear Tuesday that National Security Agency Director Mike Rogers followed through on his promise to the Senate intelligence committee and returned to answer questions in private that he said he could not answer.

Sessions would not make that promise Tuesday. But lawmakers aren't done with him yet.