7 killed as helicopter and light aircraft crash over Italian Alps 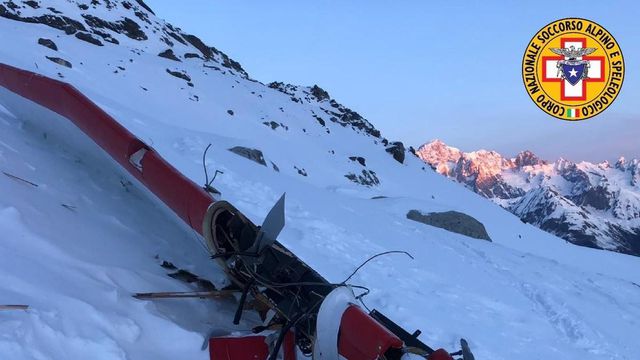 CNN — Emergency services on Saturday found the bodies of two people missing after a helicopter and a small plane collided above a glacier in the Italian Alps the previous day, taking the total number killed to seven.

The crash occurred over the Rutor glacier near La Thuile, in the Aosta Valley, close to northern Italy's border with France and Switzerland.

Five people were confirmed dead and two injured on Friday.

The two people who remained missing were found after the search resumed Saturday morning, an officer with the Alpine rescue branch of the Financial Police in Courmayeur, in the Aosta Valley, told CNN.

Two helicopters were sent up carrying medical personnel and emergency rescue workers to scour the area, the officer said. All those on board the two aircraft are now accounted for.

The helicopter was carrying six people -- the pilot, an alpine guide and four passengers who were heli-skiing. Three people were aboard the light aircraft, all of them pilots who were training in mountain flying.

The two injured remain in the hospital, the officer said. Italy's mountain emergency service tweeted Friday that they were of French and Swiss nationality.

Investigators are now working to piece together what led to the crash.