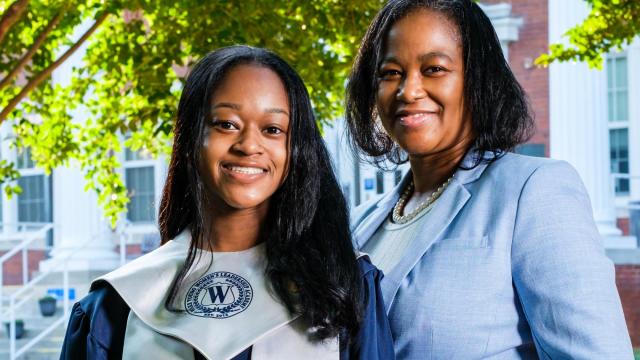 This article was written for our sponsor, the Wake County Public School System.

What exactly is an early college high school? Well, exactly what it sounds like.

In Wake County, there are seven early college high schools with a variety of themes and focuses. For example, one is oriented to health careers and another is focused on science and technology, and another is opening in August 2022, which will focus on Information and Biotechnologies. The goal is to give students the best chance of earning a degree.

Early college high school programs are publicly funded, meaning attendance is free for all applicants. Students have access to quality teachers who prepare them to start taking college courses by 11th grade. All college credits earned are free, as well.

"Students attend starting in grade nine, except for in our men's and women's academies, where they start in sixth grade," said Paul Domenico, director of curriculum and enhancement programs for the Wake County Public School System. "They can graduate after 12th grade, but some students stay a fifth year to take more college courses. They don't pay for credits or textbooks. Some students can graduate with as many as 60 college credits."

Students whose parents did not attend college are less likely to attend or finish college, according to the National Center for Education Statistics.

"I think it's just a wonderful opportunity for students to get a taste of college and be more prepared when they go on to a four-year university," said Jernigan-Baker. "We try to minimize the number of high school students per class, so they are having the experience they would have as a college student."

Early college high schools are limited to 100 students per grade, which means improved opportunities for networking between students and teachers. In her years of teaching, Jernigan-Baker said she has not previously been at a school where she could name almost every student.

"I had a student last year who had a family come through the graduation drive-through with a party bus," said Jernigan-Baker. "We had our first Ivy League graduate in the class of 2020. I remember the name of the one student in the last five years who didn't graduate from our academy."

Because students earn free college credits in high school, they save money they would have spent on tuition, housing, textbooks, and other expenses.

Wake County's early college high school students graduate at rates of 95% to 100%. And 76% of first-generation students who graduate enroll in a two-year or four-year college or university. Adults with four-year degrees earn an average of $392,000 more over their lifetimes compared to high school graduates, according to national nonprofit newsroom the Hechinger Report.

"We're talking about students who don't have to take out as many college loans and not have as much debt," said Jernigan-Baker. "Altogether, they earn about $2 to $3 million in scholarships each year."

This article was written for our sponsor, the Wake County Public School System.