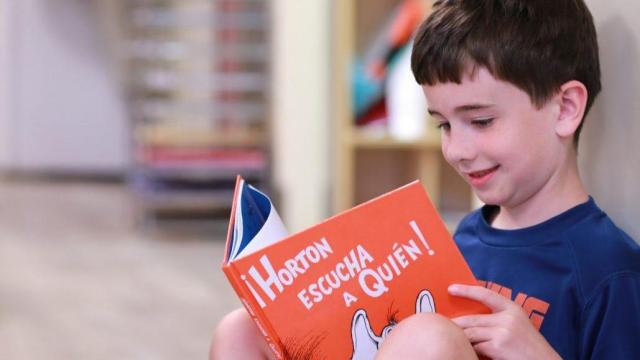 This article was written for our sponsor, Wake County Public Schools.

As advances in technology continue to connect all corners of the world, speaking a second language opens the door to understanding and communicating with others in new ways. While being bilingual has fast-become a highly sought-after skill, a recent Pew study found just 20 percent of students in America study a foreign language.

In Wake County, however, interest is only growing — and the Wake County Public Schools are meeting those demands.

"Every year around March or April, the district conducts parent surveys asking a number of questions, including what programs they'd like to see more of in the future. Over the last several years, there's been an increased interest in languages, global studies, and immersion," said Sheri Golden Perry, senior administrator of Global Programs at the Wake County Public School System. "If you think of the way that the world is trending and the way jobs are functioning, if you can speak a second language or understand different cultural norms, then you can train an American-based company to interact with other countries — it's extremely marketable experience to have."

While the district has already implemented one phase of language-based schooling, growing demand has launched them into a second phase, with four new language-centered magnet schools scheduled to open in the next few months.

As part of the program's expansion, Wake County will be converting three schools — the Dillard Drive Elementary and Middle Schools and the East Cary Middle School — into language-centered magnet schools. In addition to the three new facilities, Smith Elementary School, an International Baccalaureate PYP magnet school in Garner, will be expanding their language programs to offer two language options instead of one.

At each of the schools, Global Studies content will be added into all of the core classes. These schools will also offer different global elective options based on student interest.

"You don't want kids to just go to French class, walk in and say, ‘Bonjour,' and then walk out — there'd never be a connection to anything else that they're doing, and that defeats the purpose of multilingualism. The schools work really hard to integrate bigger ideas and make them more tangible for the student population," said Golden Perry. "As technology evolves, we continue to see how the world is much smaller, especially as there's an increased footprint thanks to things like Zoom, Google Meet, FaceTime, and different types of social media."

"We want our students to be equipped and competitive in a global society, and one of the ways to do that is to arm them with exposure to other languages and cultures," she continued. "Ideally, so that they're proficient, but even if they're not proficient, they can at least have a conversation in another part of the world or in another part in another country with ease."

In expanding language-centered education options, the district expects these opportunities to help students grow in academic, cognitive, and global skills, making them well-rounded and prepared for an ever-changing world.

"There's great research to show how language immersion grows kids academically because the brain can take in multiple languages at one time when students are younger," said Golden Perry. "Through this program — although our primary goal was focusing on bi-literacy and bilingualism — the results academically are amazing. Typically by third grade, students are averaging what their single subject peers can do, and by fourth grade, they are outperforming their peers in most instances."

The magnet schools are open to all students across the district and any student may apply to any magnet school available for their address. Additionally, students apply for the program, not for a specific school.

Typically, school options are assigned by address, unless there's only one school hosting that program — then all students in the district may apply to that school. For example, Dillard Drive Elementary will be the only school offering Spanish immersion and daily offerings in French and Spanish, as well as global studies. While it may be a further distance from some communities in the county, students from anywhere — whether Holly Springs or Wake Forest— may apply to that school.

This unique program, as well as others Wake County offers, make it worth the drive.

Moving forward, the district hopes to receive a grant to help improve the language-based magnet schools. In doing so, they can continue refining and advancing the academic experience of students in Wake County.

"Being able to speak another language increases a student's marketability when they're applying for colleges or universities, as well as jobs or the workforce — or even the military," said Golden Perry. "Not only that, but it also helps us understand how different parts of the world operate and how different political systems operate. Through that learning, we can have a greater understanding of other people, which we hope in turn allows students to be more respectful and inclusive of all people."

"As a district, we're dedicated to growing the entire child — not just one facet," she finished. "These magnet programs help us succeed in doing that."

This article was written for our sponsor, Wake County Public Schools.