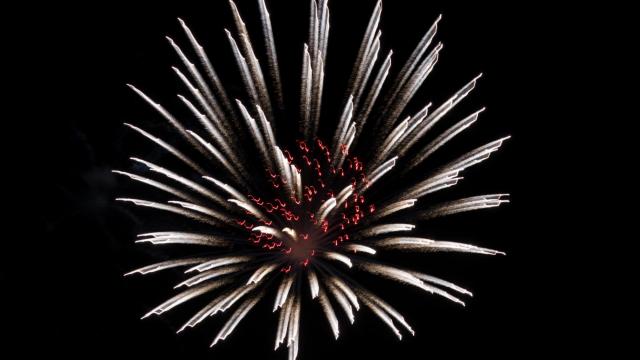 According to WECT, the incident reportedly took place during the McNeill family's annual Fourth of July fireworks display about 9:30 p.m.

A witness said that the individuals jumped into lake and that all four had burns to varying degrees. One had a possible broken arm.

The witness said none of the injuries appeared to be life-threatening and that all four victims were up and walking.

A video of the explosion was posted on YouTube early Thursday morning.