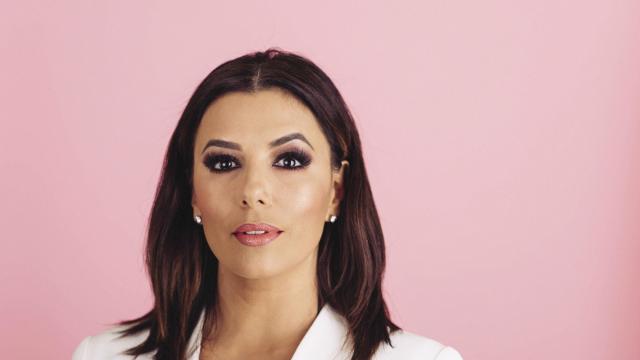 Driven by outrage and a resolve to correct a power imbalance that seemed intractable just months ago, 300 prominent actresses and female agents, writers, directors, producers and entertainment executives have formed an ambitious, sprawling initiative to fight systemic sexual harassment in Hollywood and in blue-collar workplaces nationwide.

— A legal-defense fund, backed by $13 million in donations, to help less privileged women — like janitors, nurses and workers at farms, factories, restaurants and hotels — protect themselves from sexual misconduct and the fallout from reporting it.

— Legislation to penalize companies that tolerate persistent harassment, and to discourage the use of nondisclosure agreements to silence victims.

— A drive to reach gender parity at studios and talent agencies that has already begun making headway.

— A request that women walking the red carpet at the Golden Globes speak out and raise awareness by wearing black.

Called Time’s Up, the movement was announced Monday with an impassioned pledge of support to working-class women in an open letter signed by hundreds of women in show business, many of them A-listers. The letter also ran as a full-page ad in The New York Times, and in La Opinion, a Spanish-language newspaper.

“The struggle for women to break in, to rise up the ranks and to simply be heard and acknowledged in male-dominated workplaces must end; time’s up on this impenetrable monopoly,” the letter says.

The group is one answer to the question of how women in Hollywood would respond to cascading allegations that have upended the careers of powerful men in an industry where the prevalence of sexual predation has yielded the minimizing cliché of the “casting couch,” and where silence has been a condition of employment.

Time’s Up also helps defuse criticism that the spotlight on the #MeToo movement has been dominated by the accusers of high-profile men, while the travails of working-class women have been overlooked.

This was highlighted in November, when an open letter was sent on behalf of 700,000 female farmworkers who said they stood with Hollywood actresses in their fight against abuse. Time’s Up members said the letter bolstered their resolve to train their efforts on both Hollywood and beyond.

“It’s very hard for us to speak righteously about the rest of anything if we haven’t cleaned our own house,” said Shonda Rhimes, executive producer of the television series “Grey’s Anatomy,” “Scandal” and “How to Get Away With Murder,” who has been closely involved with the group.

“If this group of women can’t fight for a model for other women who don’t have as much power and privilege, then who can?” Rhimes continued.

Other Time’s Up members include actresses Ashley Judd, Eva Longoria, America Ferrera, Natalie Portman, Rashida Jones, Emma Stone, Kerry Washington and Reese Witherspoon; the showrunner Jill Soloway; Donna Langley, chairwoman of Universal Pictures; the lawyers Nina L. Shaw and Tina Tchen, who served as Michelle Obama’s chief of staff; and Maria Eitel, an expert in corporate responsibility who is co-chairwoman of the Nike Foundation. “People were moved so viscerally,” said Eitel, who helps moderate Time’s Up meetings, which began in October. “They didn’t come together because they wanted to whine, or complain, or tell a story or bemoan. They came together because they intended to act. There was almost a ferociousness to it, especially in the first meetings.”

Time’s Up is leaderless, run by volunteers and made up of working groups. One group oversaw the creation of a commission, led by Anita Hill and announced in December, that plans to create a blueprint for ending sexual harassment in show business.

Another group, 50/50by2020, is pushing entertainment organizations and companies to agree to reach gender parity in their leadership tiers within two years. It already can claim a victory. In early December, after Rhimes pressed him, Chris Silbermann, a managing director at ICM Partners, pledged that his talent agency would meet that goal.

“We just reached this conclusion in our heads that, damn it, everything is possible,” Rhimes said. “Why shouldn’t it be?”

There is also a group ensuring that minorities and gays, lesbians, bisexuals and transgender people are heard. “No one wants to look back and say they stood at the sidelines,” said Lena Waithe, a star of the Netflix series “Master of None” and part of that working group.

Another group is devising legislation to tackle abuses and address how nondisclosure agreements silence victims of sexual harassment. “People settling out in advance of their rights is obviously something that can’t continue,” said Shaw, a prominent lawyer whose clients have included Lupita Nyong’o and Ava DuVernay.

Time’s Up has also been urging women to wear black at the Golden Globes on Sunday, to use the red carpet to speak out against gender and racial inequality, and to raise awareness about their initiative and the legal fund.

“This is a moment of solidarity, not a fashion moment,” Longoria said. A vast majority of the women who had been contacted and planned to attend the ceremony pledged to participate, she said. “For years, we’ve sold these awards shows as women, with our gowns and colors and our beautiful faces and our glamour,” Longoria said. “This time the industry can’t expect us to go up and twirl around. That’s not what this moment is about.”

Time’s Up was formed soon after The New York Times reported in early October that the producer Harvey Weinstein had reached multiple settlements with women who had accused him of sexual misconduct.

As more women stepped forward, and more men were accused of abuse, a group of female talent agents met at Creative Artists to discuss the problem and explore solutions. The group soon expanded to dozens and, eventually, about 150 participants (it has since doubled as the actresses who joined expanded to New York and London), who meet weekly at the agency and in living rooms across Los Angeles, as well as for daylong workshops.

Katie McGrath, who runs the production company Bad Robot with her husband, J. J. Abrams (both are also major donors to the legal fund), said that the women realized from the start that they needed to determine “what we wanted out of this moment, and what was going to be required in order to shift and pivot from this horror to structural change.”

Several of the women said their work with Time’s Up presented a rare opportunity to meet regularly and pool efforts with other powerful women. In an industry overwhelmingly dominated by men, they said, they were usually one of the few actresses on set, or one of the few female writers or producers in a room.

No one can predict whether this burst of energy will lead to lasting changes. Time’s Up members said the meetings had brought disagreements and frustrations as well. “It’s not as satisfying as finding a silver bullet,” Ferrera said. “We all recognize there’s no such thing.” But, she added, “not taking action is no longer an option.”

Rhimes said working with the group of women reminded her of a feeling she got as a child, when her mother took her around the neighborhood in a wagon to register black women to vote. “We’re a bunch of women used to getting stuff done,” she said. “And we’re getting stuff done.”