Fayetteville, N.C. — Police say a 30-year-old man was shot and killed Wednesday night while he was pumping gas at a gas station on Gillespie Street.

Officers with the Fayetteville Police Department responded to the Family Fare BP located at 2036 Gillespie Street just after 8:30 p.m.

The owner of the store said at least 15 shots were fired from the road into the parking lot, hitting Apondrea Marshall, 30, who was standing at a pump.

Police said Marshall died at the scene. His next of kin has been notified. 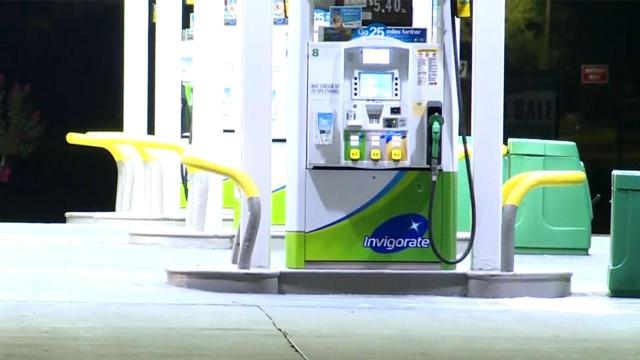 Police tape surrounded the area, and bullet holes could be seen in the gas pump Marshall was using.

Security camera from the Family Fare shows that customers were inside the store and ducked during the shooting. At least two windows were shattered.

The owner said someone was in the passenger seat of Marshall's car, but that person fled when shots were fired.

Gillespie Street from Eastern Blvd. to Owen Drive was closed during an investigation.