$30 million freed up for rural broadband in NC 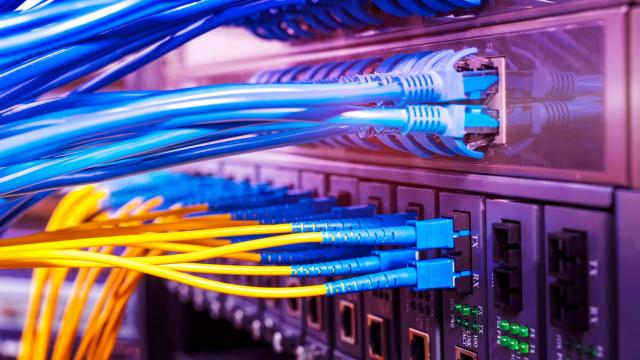 Raleigh, N.C. — Republican lawmakers struck a deal with Gov. Roy Cooper this week to spend $30 million on rural broadband projects, freeing up money that had been tied up over federal spending rules.

The bottom line is that an existing grant program encouraging companies to expand internet options in rural parts of North Carolina, called the GREAT grant, will get a $30 million infusion.

This money was in a budget bill the General Assembly passed earlier this year, but it relied on federal funding through the CARES Act, a coronavirus stimulus bill that Congress passed in March. That money has to be spent by the end of this year, and the federal treasury said in guidance that meant projects had to be "complete and in service" by Dec. 30.

The expected expansions weren't likely to meet that timetable, and the Cooper administration pulled the money back, planning to spend it on other priorities. Republican General Assembly leaders criticized the move, but the two sides huddled and produced an agreement they announced Thursday in a rare joint press release.

"I appreciate the work put in by legislators and legislative staff, working with Gov. Cooper and his team, to reach this agreement," Senate President Pro Tem Phil Berger said in that release. "Expanding access to rural broadband is a shared priority, and I'm glad we could successfully resolve this issue."

The state will essentially swap out CARES Act money for general fund money, using money from the state treasury that doesn't have so many rules attached to it to boost the broadband program. The remaining $30 million in CARES Act money will be used to pay back the general fund for things state government already agreed to pay for but believes to be eligible for the coronavirus funding.

Legislative leaders said the General Assembly will vote when it comes into session early next year to put $30 million in general fund money into the GREAT program, which was created in 2018 and has been funded each year out of state coffers, though at lower amounts.

The state will continue reviewing grant applications, and the delay in awarding grants should be "negligible," state leaders said in their release.

The coming legislative session may bring other funding for broadband expansions, which has been a priority for legislative leaders as well as the governor and only became more important as the coronavirus pandemic closed schools.

Cooper last year proposed a $250 million bond to pay for broadband projects around the state.