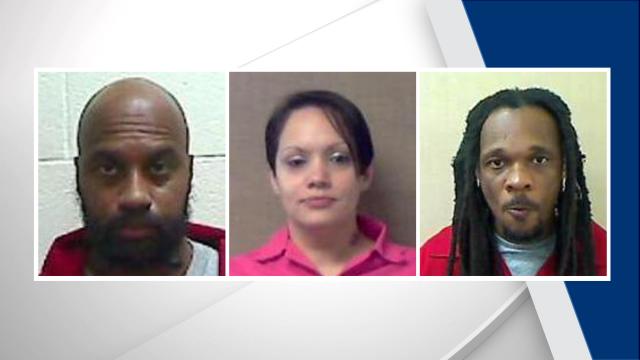 RALEIGH, N.C. — The North Carolina Supreme Court ruled on Friday that three death row inmates will have their sentences reduced to life in prison through the state's now-defunct Racial Justice Act.

The 2009 law allowed death row inmates to go through an appeals process to receive life without parole if they could prove racial bias was the reason or a significant factor in their original death sentence. Republican state lawmakers amended the law in 2012 and then repealed it a year later.

The state Supreme Court decided in June that the repeal could not be applied retroactively, which paved the way for more than 100 prisoners awaiting execution to continue to pursue the reduced sentences they initially sought when the RJA was in effect.

"We are grateful to the court for upholding the law that says a person cannot be sentenced to death twice for the same crime,” David Weiss, a senior attorney for the Center for Death Penalty Litigation, said in a statement. “Our clients proved that race was a major factor in their death sentences. Their evidence has never been disputed, and they never should have been sent back to death row.”

The American Civil Liberties Union represented Christina Walters, Tilmon Golphin and Quintel Augustine in the original RJA hearings in Cumberland County. It also argued on behalf of Walters as the case rose to the Supreme Court.

“The ACLU is thrilled that the North Carolina Supreme Court has ordered that our client, Christina Walters, be removed from death row," said a statement from attorney Henderson Hill.

“The powerful evidence of racial bias presented in her case shows not just that her death sentence was wrong, but why it is long past time for America to abandon the death penalty," Hill said. "The legacy of death penalty in America is one of racial terror. Its racist application continues to deepen the wounds of inequality and normalize extreme sentencing practices that have no place in a just society.”

Walters, who led a Fayetteville street gang, was convicted of the 1998 murders of 18-year-old Tracy Lambert and 21-year-old Susan Moore and the attempted murder of Debra Cheeseborough.

In 2012, Robinson became the first death row inmate to successfully use North Carolina’s Racial Justice Act to receive a lesser sentence. His death sentence for the killing of 17-year-old Erick Tornblom had been reinstated after the law was nullified, but was reduced once again in August following the court's decision.

"The court has again affirmed what we already knew," Weiss said. "The Racial Justice Act was a necessary law that revealed an epidemic of racism in death penalty cases. We cannot sweep that evidence under the rug, and we certainly cannot execute people who’ve proven that racism played a part in their sentences."

Anderson is a corps member for the Associated Press/Report for America Statehouse News Initiative. Report for America is a nonprofit national service program that places journalists in local newsrooms to report on undercovered issues.