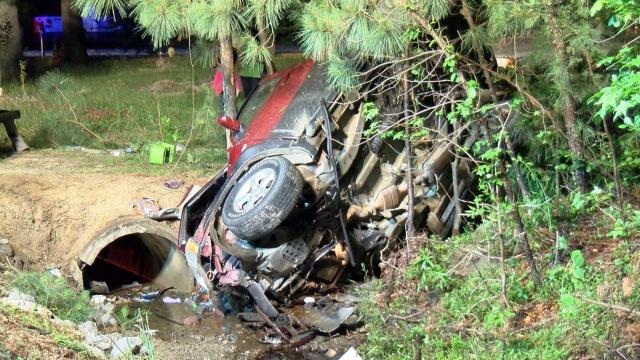 Selma, N.C. — Three people on the way home from the hospital were injured early Tuesday morning when their SUV rolled over in Johnston County.

Troopers from the North Carolina State Highway Patrol said the family was driving on N.C. Highway 39 north of Selma when the driver lost control and drove into a driveway culvert. The SUV flipped, pinning one of the passengers, troopers said.

One person was airlifted to WakeMed and the other two were taken to the hospital by ambulance.

None of the people were identified.