Raleigh, N.C. — Three people were in custody after a car was stolen Friday morning in north Raleigh and crashed, police said.

Police said a car that was left running and unattended was stolen in the 6200 block of North Hills Drive at about 7 a.m.

When an officer tried to stop the car, two of the three people inside jumped out and ran, while the driver sped away, police said. Officers quickly apprehended the two people on foot. Their names haven't been released.

The stolen car crashed about a half-mile away, in the 500 block of Northclift Drive, near Optimist Park. The car took out Linda Serino's mailbox, clipped a tree and flipped, landing upright in a neighbor's property.

"They were looking for the guys, and then all hell broke loose,” Serino said, who said she was amazed no one was hurt during the incident.

"A lot of people walk their dogs on this street, and even kids are waiting for buses" she said. "There was just some property damage. That is no big deal, and everybody came out safe." 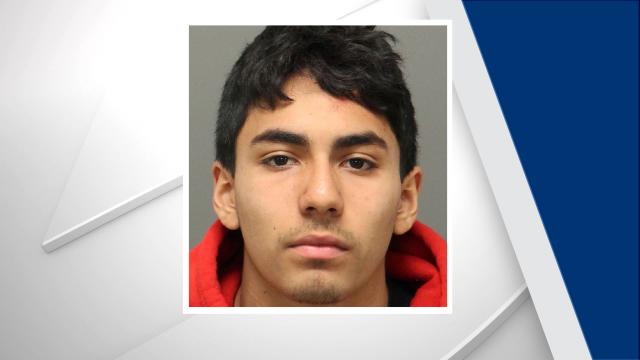 The driver of the stolen car, whom police have identified as Roberto Nataniel Mora-Munoz, was injured in the crash but still ran off, police said. Mora-Munoz, 16, of 7085 Brandyapple Drive, was later taken into custody and charged with fleeing to elude arrest in a motor vehicle and hit-and-run causing property damage.

Shortly after the arrests, Raleigh police posted a request online that people not leave their cars unattended after starting them on cold mornings.

"You wonder why do people do that," Serino said.