Oxford, N.C. — Three people are facing several charges after a Raleigh man was brutally beaten with a baseball bat and tire iron before he was robbed, thrown over a bridge and left for dead in Granville County last week, authorities said Tuesday.

Shawn Noble was rushed for treatment to Duke University Hospital after he crawled for help and was found by someone in the area, authorities said in a written statement.

According to investigators, Noble was dumped out of a vehicle at the Tabbs Creek Bridge on N.C. Highway 158 near Oxford shortly after 7 a.m. on Thursday. The victim's mother told WRAL News that her son has been released from the hospital.

She said her son has been threatened since the initial incident occurred. 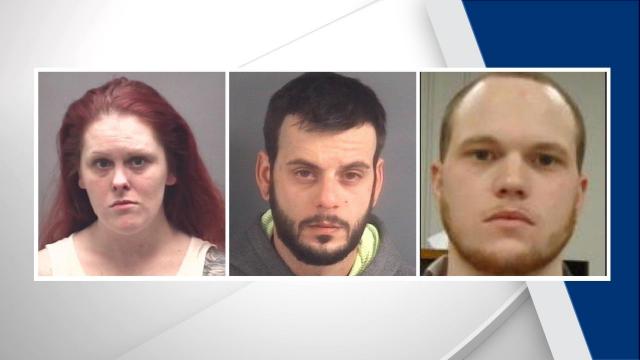 Samuel Micah Murrell, 29, and Brittney Lynne Darnell, 29, both of Mebane, have been charged with first-degree felony kidnapping, felony robbery with a dangerous weapon, assault with a deadly weapon and larceny of a motor vehicle.

David Steele Richardson, 26, of Bunn, has also been charged with first-degree felony kidnapping, felony robbery with a dangerous weapon, assault with a deadly weapon and larceny of a motor vehicle, according to authorities. 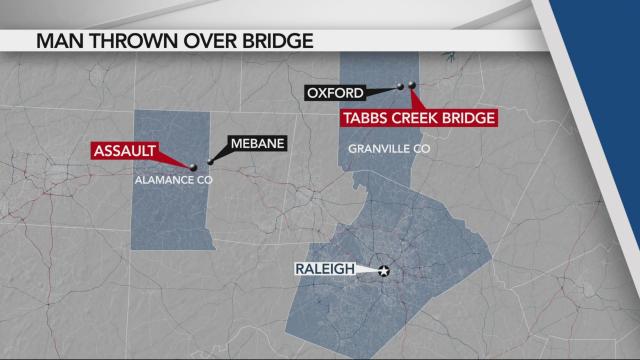 Richardson was being held at the Granville County Jail, but it was not clear if bond has been set in his case.

Investigators said Noble and Darnell had communicated over the web before the incident occurred.

It was not clear what website was used by the pair or what their intentions were.

Noble drove to Darnell's home in Mebane, where he was assaulted and robbed, according to investigators. 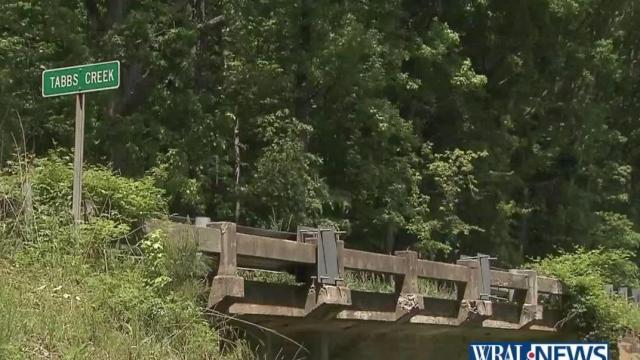 Authorities said it appears that the victim did not know the three before the incident.

Henderson police arrested Darnell and Murrell on May 3, and Richardson turned himself in at the Franklin County Sheriff's Office on May 4, officials said.