3 arrested in murders of missing men

James Daishawn Robinson, 21, and Ryan Craig Veach, 19, were each charged with two counts of murder.

A third person, who is a juvenile, was charged with accessory after the fact to murder. 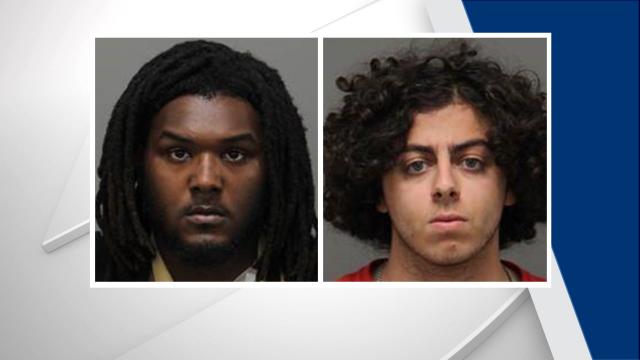 A Dodge Charger linked to the McCall and Hurley was found Wednesday morning abandoned near a construction debris recycling plant on Raleigh View Drive, off Garner Road in south Raleigh, police said. Family members said blood was on the passenger’s seat.

Hurley’s mother, Laura Hurley, posted on Facebook that the two hadn’t been heard from since before 7 p.m. Tuesday.

McCall told family members that Brendan Hurley was giving him a ride to McCall's mother's house to let her dog out. Hurley was then supposed to pick his own mother up from work.

Robinson and Veach were held in the Wake County jail without bond.