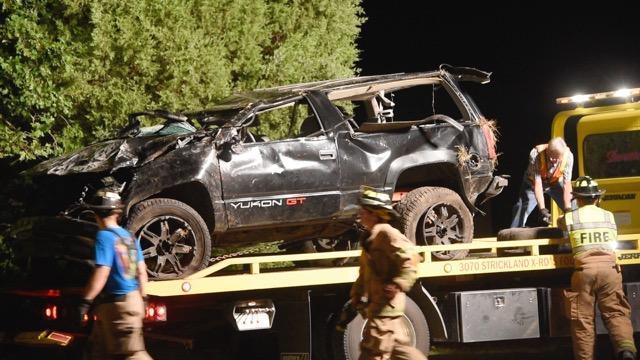 Four Oaks, N.C. — A 23-year-old man injured in a Sunday night wreck in Four Oaks died Wednesday from his injuries, according to the North Carolina State Highway Patrol.

Andy Pilkington was driving an SUV along Juniper Church Road at about 11 p.m. when he lost control in a curve, hit a ditch and flipped over.

Pilkington and his passengers, Paul Woodall, 30, and Timothy Toole Jr., 25, were all ejected from the vehicle. Woodall died Sunday, and Pilkington died Wednesday.

Toole was taken to WakeMed with critical injuries.

Troopers said excessive speed and alcohol were a factor in the accident.