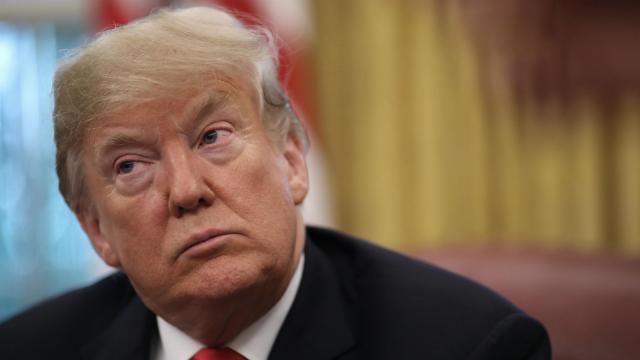 (CNN) — Since Justice Brett Kavanaugh was confirmed in early October, the Supreme Court has stayed mostly above the fray, adjusting to a new colleague and hearing a docket of cases that lack the blockbuster status of previous terms.

That's all about to change.

The court, with its strong 5-4 conservative majority, is facing requests from an aggressive Trump administration to weigh in early on many of its most controversial policies in areas including immigration, LBGT rights, asylum and reinstating the citizenship question on the census.

And that was before Friday night's bombshell ruling from a federal judge in Texas declaring the Affordable Care Act unconstitutional, which means that Obamacare will almost certainly return to the Supreme Court.

Whether the Court hears arguments in the cases, decides to stay out or deals with emergency requests to freeze lower court opinions, 2019 could make or break President Donald Trump's agenda.

So far, Chief Justice John Roberts has dodged and weaved in the current climate -- offering a rare statement to defend the judiciary against attack from the President, but also deciding at times to keep hot button issues off the current docket, declining last week to take up a case on Planned Parenthood funding.

Solicitor General Noel Francisco has asked the Supreme Court to allow a presidential proclamation targeting asylum to go into effect. The policy, signed on November 9, bars migrants who illegally cross into the US through the southern border from seeking asylum outside of official ports of entry.

A panel of judges on the 9th US Circuit Court of Appeals upheld the injunction in an opinion penned by Judge Jay Bybee, a George W. Bush nominee.

After the opinion was released, Francisco turned to the Supreme Court arguing that the justices should greenlight the President's proclamation pending appeal so that "claims can be processed in an orderly manner; deter unlawful and dangerous border crossings; and reduce the backlog of meritless asylum claims."

Transgender individuals in the military

Lower courts have so far blocked the President's ban on most transgender individuals from serving into the military, but have yet to make a final ruling.

But Francisco is asking the justices to break from their usual custom and step in before the lower courts have finished their work. Under normal circumstances, the justices prefer to benefit from lower court opinions, and are disinclined to grant a so called "cert before judgment."

In court papers, Francisco told the justices that if they decide not to take up the case, they should at least allow the policy to go into effect pending appeal.

Francisco argued that Defense Secretary James Mattis had worked with a panel of senior military leaders to determine the policy but that because lower courts had issued nationwide injunctions, "it is unlikely that the military will be able to implement its new policy any time soon."

The court, he wrote, should step in to resolve a threat to "readiness, good order and discipline, sound leadership, and unit cohesion" which he said are "essential to military effectiveness and lethality."

Francisco acknowledged that his request was out of the ordinary but said it was necessary to combat a "growing trend in which federal district courts, at the behest of particular plaintiffs, have issued nationwide injunctions, typically on a preliminary basis, against major policy initiatives."

"In less than two years, federal courts have issued 25 of them, blocking a wide range of significant policies involving national security, national defense, immigration and domestic issues," he said.

The justices are also considering a petition from the government to allow the phase out of Deferred Action for Childhood Arrivals -- an Obama-era initiative that protects from deportation hundreds of thousands of young, undocumented immigrants who came to the United States as children.

Lower courts have issued injunctions holding that the administration acted illegally when it sought to wind down the program, and have so far allowed renewals to continue.

Francisco requested that the Supreme Court take up the issue this term.

"Only this Court can resolve the conflict in the lower courts and provide much-needed clarity to the government and DACA recipients alike," he wrote.

Trump has said he assumed the Supreme Court will eventually have to take up DACA, and has also maintained any court action will figure in to how he and Congress eventually address immigration legislation.

"Had the judge not ruled that way, I think we would have made a deal," Trump said at a news conference last month. "Once the judge ruled that way, the Democrats didn't want to talk anymore. So we'll see how it works out at the Supreme Court."

A majority of the court declined to delay a trial in New York concerning the reinstatement of the citizenship question on the census, but the justices will hear a related discovery matter on February 19.

At issue is whether challengers can introduce evidence outside of the official record, beyond what the government says it based its decision upon, in the case.

The challengers, a coalition of states and the ACLU, believe the question about citizenship was added with the intent to reduce the representation of immigrant populations. They seek to interview senior administration officials such as Commerce Secretary Wilbur Ross about the rationale behind their decision to add the question.

"The secretary was personally involved to an extraordinary degree in the project to add a citizenship question," argued New York state Attorney General Barbara Underwood in court papers. She added that "significant gaps in the record remain that only the secretary's testimony will fill."

As the Court deals with issues, the justices are keenly aware that the President has ratcheted up judicial attacks. When a district court judge ruled against him on the asylum ban, for instance, the president called the judge "an Obama judge" suggesting that the motives were political.

The comments prompted a rare rebuke from Chief Justice Roberts.

"We do not have Obama judges or Trump judges, Bush judges or Clinton judges," he said in response to a question posed by the Associated Press. "What we have is an extraordinary group of dedicated judges doing their level best to do equal right to those appearing before them."