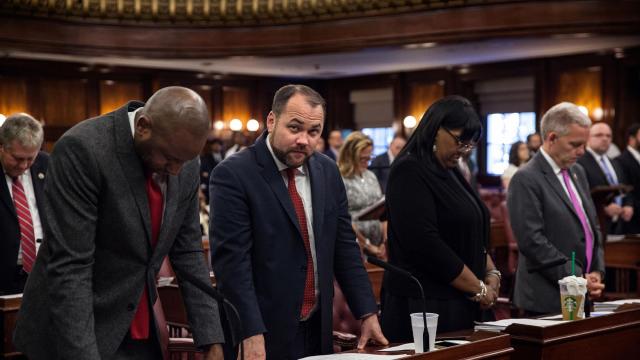 NEW YORK — The close of 2017 probably finds you with little residual outrage. You spent it all during a year that supplied daily — no, often quarter-hourly — occasions to look up from your cubicle and beg for mercy, deliverance, scream therapy or permanent-resident status in Iceland. New Yorkers directed whatever anger they had left for the decrepit state of the subway system. But there was plenty more to get riled up about. Here’s what you might have missed:

— The opioid crisis is not just the scourge of white, rural working-class America.

Heroin is devastating poor urban communities of color. The problem has been particularly dramatic in the Bronx, where heroin laced with deadly fentanyl has been increasingly prevalent on the streets. In the fall, police broke up a drug ring that was marketing a brand called Pray for Death. If the South Bronx were a state, it would have the country’s second-highest rate of drug overdoses after West Virginia.

— Police accountability in New York City is a big problem.

Despite the fact that Mayor Bill de Blasio recently spoke in Iowa as the national voice of progressive politics, he has not made nearly enough noise about the effort to get a state civil rights law — known as Section 50-a, shielding the disciplinary records of police officers from public view — repealed. According to a report by the city’s Civilian Complaint Review Board, where grievances against New York officers are heard, most of the recommended penalties in discipline cases amounted to a brief suspension or a loss of several vacation days.

This fall, in the rare instance in which a police officer who killed an unarmed black man was actually tried, a Brooklyn jury found the officer, Wayne Isaacs, not guilty of murder and manslaughter in the death of Delrawn Small. Small had been driving home from a party with his new baby in the car when he got into a traffic dispute with Isaacs, who was off duty and driving an unmarked car. Instead of rolling up his window and driving away, Isaacs shot Small three times with a semi-automatic handgun.

— Economic mobility will remain a pipe dream until we improve the city’s public college graduation rate.

This month, a report from the Center for an Urban Future, a nonpartisan policy group, pointed out that while New York City’s high school graduation rate reached an all-time high of 76 percent in 2016, graduation rates at the city’s public two- and four-year colleges — where poor, immigrant students have remade themselves for decades — remain alarmingly low. Among community-college students in the City University of New York system, only 22 percent who enter associate degree programs finish in three years; among students at four-year schools, about 55 percent finish within six years.

— Actually, you could pay someone’s college tuition for what it costs to see “Springsteen on Broadway.”

The producers behind Bruce Springsteen’s wildly popular one-man show committed themselves to keeping ticket costs down through the use of a new technology meant to filter out big bulk-purchase scalpers. They also offer a lottery for 26 tickets at $75 each for every performance. Nevertheless, secondary markets like StubHub have been flooded with astronomically expensive tickets, some in excess of $8,000. To anyone thinking of paying that much to see rock’s hero of working-class struggle, just know that CUNY tuition for a full-time student at a four-year college is $6,530.

— Public housing has a Flint crisis.

As if the 400,000-plus New Yorkers who live in the Housing Authority’s 326 developments have not had enough to lament in recent years as buildings further decayed and the city faced billions of dollars in repairs, this past year we learned that the authority failed to conduct mandatory lead-paint inspections for close to four years. Worse, the authority’s chairwoman, Shola Olatoye, signed off on documentation certifying that the city was in compliance when the authority knew it was not. A class-action suit against the city is being filed by one of the lawyers representing the families suing over lead poisoning in Flint, Michigan.

— Michael Grimm wants to go back to Washington.

Supported by Stephen Bannon, former Rep. Michael Grimm resurfaced this fall in the hopes of winning back his House seat in the 11th District, which encompasses Staten Island and various parts of southern Brooklyn. Grimm lost his seat when he went to prison for tax fraud. Also, he once famously threatened to throw a reporter off a balcony, and he co-owned a restaurant called Healthalicious where you could eat things with names like “Get Ripped.”

— Black politicians are not ascending.

This year’s mayoral race produced no African-American candidates to oppose de Blasio — and only one name kept coming up as a possibility, Brooklyn Rep. Hakeem Jeffries. New York has not had a black mayor since David N. Dinkins. The recent race for City Council speaker, which resulted in the expected victory of a white man, Corey Johnson, brought renewed attention to the issue.

This fall ogreish billionaire Joe Ricketts, founder of TD Ameritrade, shut down DNAinfo and Gothamist, lively and competitive sources of New York City news, after reporters and editors decided to unionize. This followed the decision by the Village Voice, in August, to end print publication after 62 years, and a restructuring of NY1 following the Charter Communications acquisition of Time Warner Cable in a merger last year.

— Female chefs can’t save the restaurant world from bad men.

Restaurant kitchens have never been a place where women were treated with the utmost care and respect. Wouldn’t it be different if more female chefs ran them? A few weeks ago, New York Times colleagues Julia Moskin and Kim Severson delivered an exposé of the allegations of sexual harassment against restaurateur Ken Friedman that answered the question implicitly. Friedman’s business partner at the Spotted Pig and other restaurants is April Bloomfield, one of the most celebrated female chefs in the world. But her presence, alone, couldn’t stop the madness.