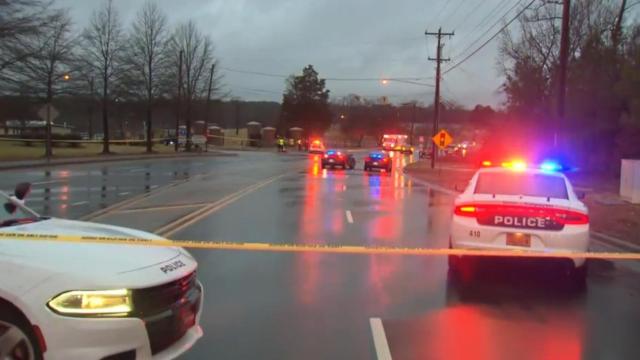 Durham, N.C. — A woman was hit and killed by a vehicle Tuesday morning in front of Beechwood Cemetery in Durham, police said.

The crash happened before 7 a.m. near the school on Fayetteville Street, south of downtown. The cemetery is across the street from W.G. Pearson Elementary School.

Police said Brittany Graham, 20, of Durham, and her fiance, Daniel Galloway, were crossing Fayetteville Street around 6:30 a.m. when Graham was hit by a 2007 Chevy Tahoe driven by Richard Trice, 35. Graham was pronounced dead at the scene.

Graham and Galloway were wearing dark clothing, and it was still dark and rainy when the crash happened, according to police. The couple was not in a crosswalk.

No charges have been filed, but police continue to investigate the crash.

Fayetteville Street was closed between Timothy Avenue and East Cornwallis Road, but it was reopened.

Several Durham police vehicles were on the scene around 7:30 a.m., and the area was taped off. A couple other vehicles could be seen inside the taped-off area.