20 permits given to hunt alligators in Hyde County

The overpopulation of alligators has caused North Carolina to allow hunters in Hyde County with the proper license in the new alligator hunting season.

Hunters can now use hand-held ropes, harpoons, archery and other permitted equipment to take alligators from Sept. 1 to Oct. 1.

In Hyde County over 800 hunters applied for permits. A random, computerized drawing handed out five permits to hunters in Swan Quarter and in Fairfield and 10 permits in Engelhard on Monday. To see if you were awarded a permit, go here on the North Carolina's Wildlife Resource's Commission website.

The state hasn't allowed for alligators to be hunted since 1973.

Wildlife Officer Robert Wayne has been patrolling the area for nearly two decades. He said the largest gator recorded in the county was 13 feet, 7 inches. In the past couple years, Wayne has seen an increase in calls for assistance with these creatures.

The gators aren't just cumbersome nuisances. Wayne said one alligator shut down a farm operation while wildlife officers worked to remove it from the property. The animal was also more than 12 feet long.

Another gator was found clogging one of the water pumps that controls the county canals. 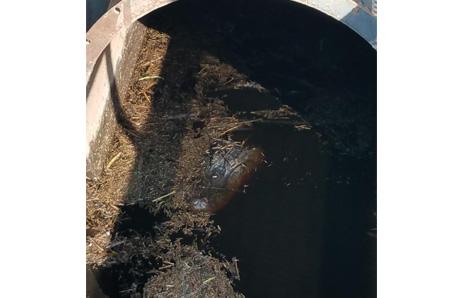 The wildlife officer said alligators are becoming road hazards as well. A Hyde County deputy posted a photo on Facebook last month warning drivers in the area by showing a picture of the creature on the side of the road.

Though Hyde County is the second-largest county in the state in terms of geographic size, it's the second-least-populated county as well.

"Where some municipalities deal with parking and traffic flow, we're looking at alligator management," Nobel said. "Bear season is coming, the fishing, and the things of that nature."

Nobel said that, out of all wildlife in the area, alligators bring the biggest trouble. Growing up in the county, she remembers a time when it was rare to see an alligator. Now, Nobel sees this changing. Massive alligators are showing up in people's daily lives. 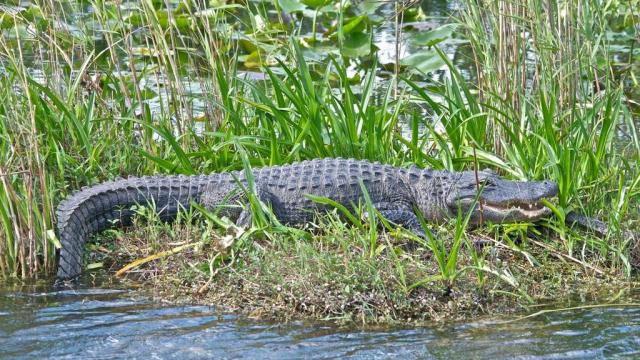 "Normally now, I see one to three vehicle accidents a year where an alligator and motor vehicle have interaction," Wayne said. "I used to not see that."

Though these gators are scary, some professionals are concerned with the N.C. Alligator Management Plan. Jamie Moore is a certified environmental educator who volunteers to help tag alligators for Coastal North Carolina Alligator Research.

"Not enough research has been done to give them some hard evidence on what the numbers actually are," Moore said.

Though he doesn't disagree with hunting the animals, he is concerned hunters will take the largest male alligators as trophies, which could cause environmental issues.

"Those are the gators the females are breeding with, so in my mind, I'm wondering how many gators could you realistically take without collapsing the population or endangering the population," Moore said.