2 teens, 1 who was a minor, shot dead after breaking into Fayetteville home

Fayetteville, N.C. — A man told Fayetteville police he shot and killed two people who broke into his home on Saturday afternoon.

Police responded to a break-in call at a home at Brookstone Apartment Complex near Cliffdale Road around 5 p.m. The victims' names were not released. Both were dead when police arrived.

Hunter Markham, 19, of the 7800 block of Adrian Drive was pronounced deceased on scene. His next of kin has been notified.

The other subject was a 17 years of age juvenile and his information will not be released due to his age. He was also pronounced deceased on scene. His next of kin has been notified.

Investigators have been at the apartment complex since 5 p.m. responding. 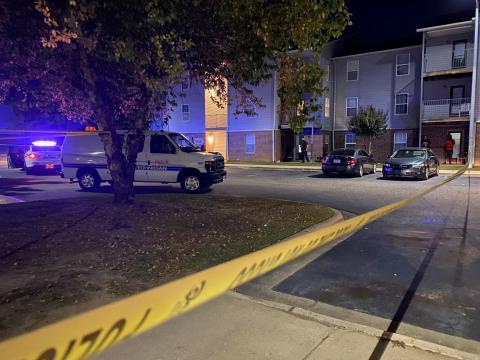 Neighbors were shaken up by the experience. Briana Lockhart said she thought she heard banging on the door next to her unit in the complex. It turned out to be gunfire.

"We heard a cluster of maybe four or five shots, then it paused," said Lockhart. "And then we heard an additional three or four."

"It was a very chaotic scene when it first went down. Everybody was trying to come together, figure out what was happening."

WRAL News is working to learn more about this story.