2 pedestrians hurt during crash in Harnett

Harnett County, N.C. — Two men walking on a state highway in Harnett County were injured, one of them critically, when they were struck by a car during a predawn crash Friday, authorities said.

One man was rushed for medial treatment to Cape Fear Valley Medical Center, where he was listed in very critical condition. The other man was said to have non-life threatening injuries following the accident, which occurred in the southbound lanes of N.C. Highway 87 at Leisure Lane in the Spout Springs area, a state trooper said. 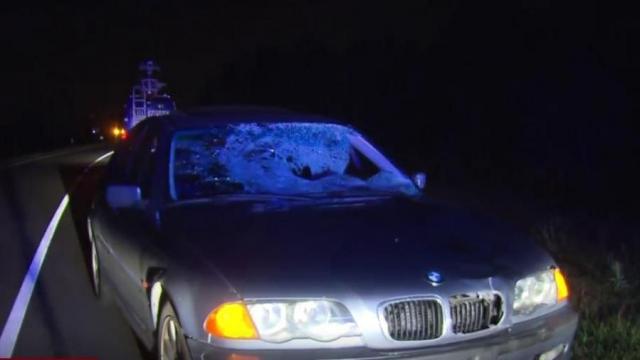 The two men were walking after the vehicle they were riding in broke down, authorities said.

The vehicle that struck the victims suffered extensive damage but the car's driver was not hurt, according to officials.

Authorities said no charges have been filed in connection with the case.