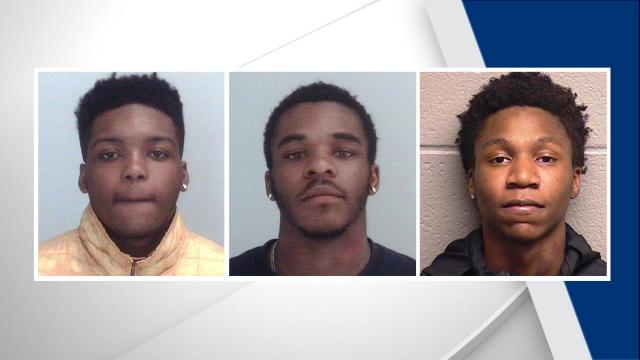 Durham, N.C. — Police arrested two more teenagers accused in the shooting of an employee outside a Durham McDonald's at the end of October.

Officers with the Durham Police Department arrested Isaiah Hargro, 16, on Wednesday and took Derran McClain, 16, into custody on Thursday. Hargro was booked under a $2 million bond, and McClain was being held on a $1.5 million bond, authorities said.

A third 16-year-old, Ishmael McFarland, was arrested on Nov. 9.

The trio is accused of shooting an 18-year-old restaurant employee on Oct. 31 outside the McDonald's at 3844 South Roxboro St. The victim was taken to the hospital after the shooting and is recovering from his injuries.

Hargro, McClain and McFarland were charged with attempted first-degree murder, felony conspiracy and possession of a handgun by a minor, among other charges, according to the police department.