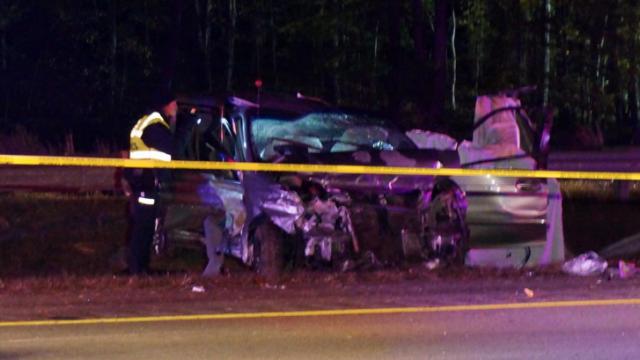 It happened around 12:15 a.m. in the southbound lane near the Durham-Orange County line.

A third person was taken to Duke University Hospital with injuries that were not considered life-threatening.

The mini-van hit a guard rail and flipped, authorities said, but they provided no further details about the wreck, including the names of those involved.