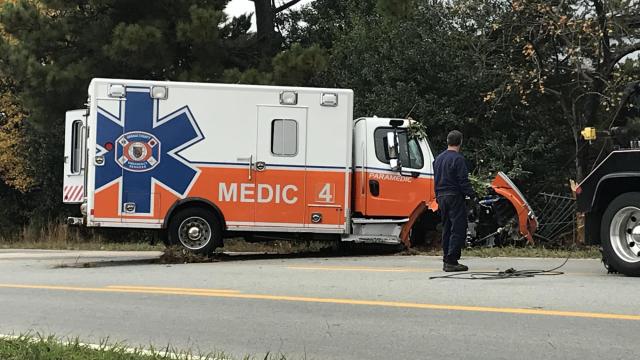 Mebane, N.C. — An ambulance was involved in a crash Sunday afternoon in Mebane.

Orange County authorities responded to the crash near the intersection of East Washington Street and Mattress Factory Road. Troopers with the North Carolina State Highway Patrol said the ambulance was traveling eastbound on U.S. Highway 70 when a Toyota sedan took a right turn onto the highway but didn't stop at a stop sign.

Troopers said the ambulance was out doing a road test to get familiar with the area, and there were no patients inside.