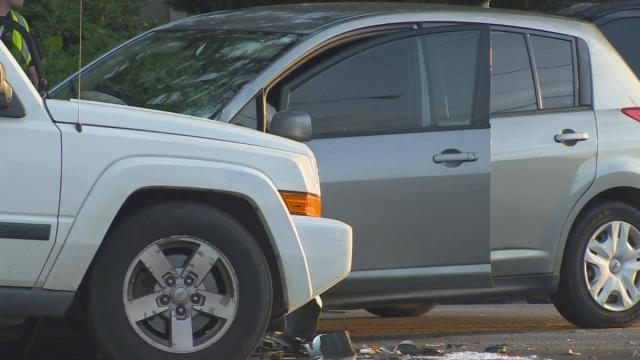 Fayetteville, N.C. — Fayetteville police are investigating after a shooting led to a vehicle pursuit Monday evening.

Police said that officers were conducting patrols near the intersection of Johnson Street and Helen Street when they observed a silver Nissan Versa and a blue sedan driving recklessly.

The officers then heard several gunshots and observed gunfire coming from the open window of the Versa.

Police said officers attempted to conduct a traffic stop on the Versa, but the driver fled. A pursuit led the vehicles down several streets before the driver of the Versa lost control while turning onto Rosehill Road and struck a 2006 Jeep Commander.

The driver and passenger in the Nissan Versa, whose names were not released, were taken into custody, police said.

The driver of the Jeep was taken to Cape Fear Valley Medical Center for treatment of non-life threatening injuries.

Authorities are asking that the occupants of the blue sedan come forward.