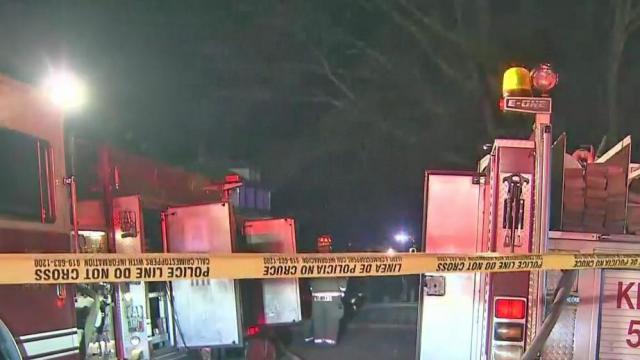 Durham, N.C. — Two dogs were killed after a Wednesday night fire at a Durham home.

Authorities were called to investigate an explosion at a home at 1205 Eva Street at about 10:50 p.m. and found heavy flames coming from the single-story house.

Firefighters got the blaze under control within 15 minutes, but the home sustained heavy damage to the rear and smoke damage throughout.

No people were home at the time of the fire, but two dogs were removed by search teams. Both dogs later died, authorities said.