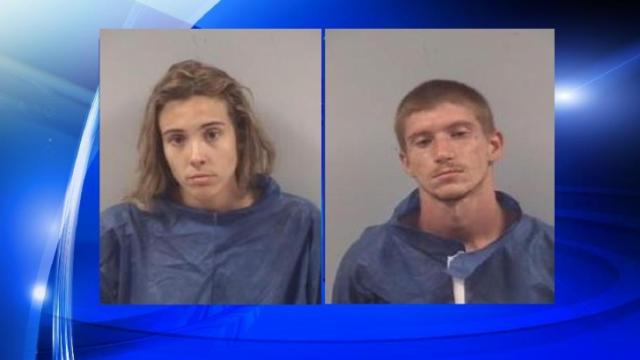 Four Oaks, N.C. — A man and a woman face multiple charges after police officers found a methamphetamine lab in their car Saturday morning.

According to the Four Oaks Police Department, officers stopped driver Amanda Rose Roatti, 20, near the intersection of Keen Road and Brewer Road because they suspected she was impaired. Beside her in the car was passenger Randy Hutchinson, 23.

During the stop, officials say Roatti became belligerent and asked the officer to "call dogs."

Police with the Smithfield Police Department brought a dog with the department's canine unit to the scene and discovered narcotics, hypodermic needles and components to a lab in Roatti's car.

Both were being held Sunday night under $1 million bond.