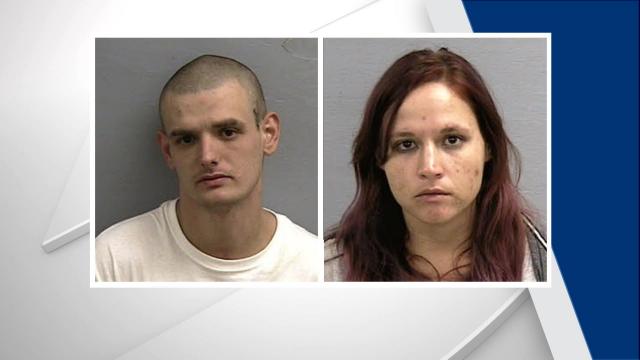 Narcotics agents with the Lee County Sheriff's Office were dispatched on Oct. 25 to a home on Pickard Road after parole officers found what they thought were components of methamphetamine manufacturing. A Lee County narcotics expert confirmed that the components found were part of an active meth lab.

Authorities, including the State Bureau of Investigation, seized all of the potentially dangerous materials and arrested Aaron Taylor Moore, 25, who lives at the home, and Sarah Elaine Smith, 25.

When officers initially talked with Smith, she told them her name was Carla Smith. When authorities learned her real name, she was charged with identity theft and felony absconding.