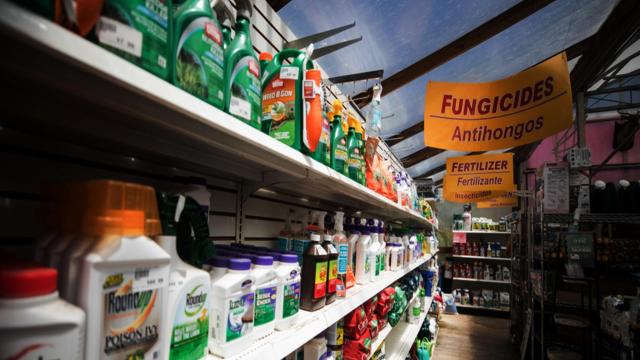 A California couple was awarded $2.055 billion earlier this summer after a jury reached a verdict that supported the couple's claims that their cancer was caused by the use of Roundup weed killer.

The couple, Alberto and Alva Pilliod, used the chemical product on their yard for decades. Both Alberto and Alva were diagnosed with Non-Hodgkin's Lymphoma, a cancer that formulates in the white blood cells in the lymphatic system, within four years of each other.

"The Pilliods used Roundup to treat their yard for over 30 years and were both diagnosed with Non-Hodgkin's Lymphoma," said Whitney Butcher, a partner at Whitley Law Firm in Raleigh. Butcher does not represent the Pilliods, but is part of the legal team at Whitley that is taking on cases against Monsanto, the maker of Roundup.

"This case is really telling because the Pilliods are not related by blood to each other and do not have a family history of NHL. However, they both were diagnosed with this same type of cancer, potentially as a result of their environment," Butcher said.

Roundup weed killer has and continues to make headlines for its possible link to cancer.

The Pilliods case comes after a jury awarded $289 million in punitive damages to a California man last year. Similarly to the Pilliods, Dwayne Johnson claims he developed terminal cancer from the use of Roundup.

Johnson, a former gardener and groundskeeper, frequently used Roundup for his job and came into direct contact with the product on his exposed skin. He was later diagnosed with lymphatic cancer at age 42 and claims that Monsanto was to blame.

In October 2018, a judge ruled the settlement was too large and reduced the punitive damages to $39 million.

Johnson and others say the active ingredient in Roundup, glyphosate, is responsible for their cancer. Hundreds of cancer patients who have used Roundup are pursuing a class action lawsuit against Monsanto.

"Roundup is used in home gardening and lawn care. It's also used in large quantities by commercial farming enterprises," Butcher explained. "What makes it so effective is also what makes it so dangerous. It has an active ingredient called glyphosate that makes it effective at killing weeds. Lawsuits also allege that it can cause Non-Hodgkin's Lymphoma in a number of different B-cell types of cancer."

However, the World Health Organization said glyphosate is "probably carcinogenic."

According to CNN, pharmaceutical company Bayer (who bought Monsanto in 2016), said the jury in the Pilliods' case "was presented with cherry-picked findings inconsistent with a statement last month by the U.S. Environmental Protection Agency, which announced that glyphosate was not a carcinogen and posed no public health risk when used as directed."

Beate Ritz, an epidemiologist at UCLA, said a 2017 National Institute of Health study that found "no association between glyphosate and Non-Hodgkin's Lymphoma had major flaws." Conversely, Lorelei Mucci, a cancer epidemiologist at the Harvard T.J. Chan School of Public Health who was hired by Monsanto, said the 2017 study was valid.

While opinions vary across the board, Butcher said they believe both the science and the history of affected cancer patients supports the link between Roundup and certain types of lymphoma.

"Roundup has been around since the 1970s. What's come to light recently are studies where researchers have been looking at glyphosate and whether it has any adverse health consequences, and they discovered this Non-Hodgkin's Lymphoma link," she said.

Butcher added that clients who have come to them with a potential case are usually befuddled as to why they developed cancer in the first place, as they do not have medical or family history of the disease.

It begs the question: while glyphosate is one of the most widely used pesticides across the globe, should people stop using Roundup and other products like it?

"I think it's too early to say one way or another, but people should definitely be wearing gloves and cover their mouths and avoid any other type of skin contact," Butcher said.