19-year-old from Cary arrested, allegedly sprayed 'bear spray' on officer in attack on US Capitol

Cary, N.C. — A 19-year-old from Cary has been charged in connection to the Jan. 6 Capitol riot.

Aiden Henry Bilyard was arrested Monday in Raleigh on charges of engaging in physical violence in restricted building or grounds, civil disorder and assaulting, resisting or impeding certain officers.

He appeared in court on Monday and was released pending court proceedings, federal officials said in a release.

Court documents say Bilyard sprayed a chemical irritant believed to be "bear spray" onto an officer in order to breach the U.S. Capitol.

The officer sprayed with the chemical said it caused him "extreme pain and incapacitated him." He said the chemical was stronger than anything he had been exposed to before. He had to be transported to the hospital for further treatment, federal documents said.

Bilyard's mother admitted to finding the gold canister of bear spray in her son's car and throwing it away, according to findings from the U.S. Department of Justice. 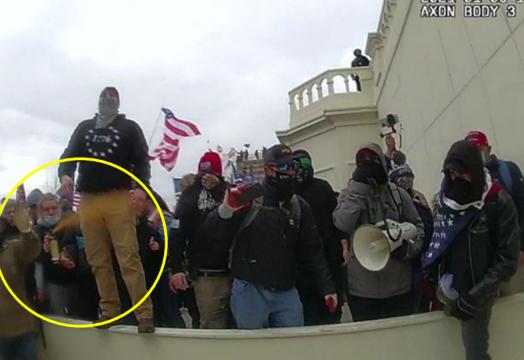 "Bilyard is depicted in video footage in a group gathered in front of a large glass window of the Capitol building," federal officials said in a release. "While there, he encouraged an individual who was striking the window with what appeared to be a small axe. Bilyard was handed a bat and used it to shatter the lower glass portion of the window." 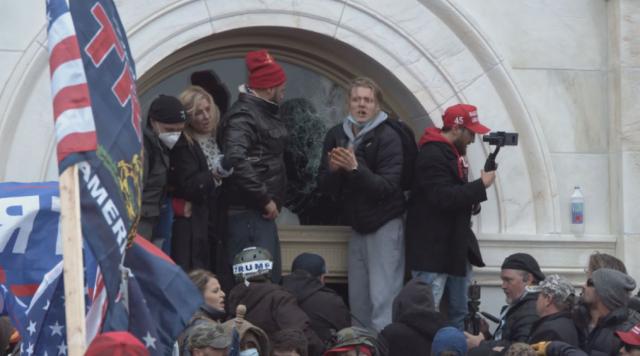 When an investigator with the Federal Bureau of Investigation questioned Bilyard he was attending basic training for the United States Air Force. He admitted to the investigator that he was on the grounds of the U.S. Capitol on Jan. 6 but claimed he did not break the law.

After an investigator presented evidence to Bilyard that he did break the law, Bilyard ended the interview saying, “I think this is where I take my leave.”

Bilyard is the fifteenth person arrested in connection to the Capitol riots from North Carolina. The FBI was able to identify Bilyard after searching through police body cam footage and open-source footage posted by people who were at the riot.