(CNN) — You did it! You survived the passage of time and made it to another year, which means it's time to bask in the fleeting enthusiasm that comes with new resolutions and fresh planners and a slate wiped (kind of) clean of all of 2018's garbage. Savor that feeling, because before you know it, 2019 will become just as exhausting and weird.

However, there ARE some fascinating, significant, entertaining and promising things coming down the ol' time road that are bound to be bright spots no matter what 2019 brings. Let's enjoy them together.

1. Hope for the opioid crisis

It's no secret that opioid deaths and overdoses are at crisis levels in the US. However, 2019 may bring new ways of fighting this epidemic. Every year, the Cleveland Clinic releases the most important medical advancements for the coming year, and at the top of its list for 2019 is alternative pain management therapies. Basically, since opioid addiction can start with prescription opiates, things like genetic testing to determine drug sensitivity can help identify not only what patients will and will not be helped by such medications -- but give a more precise idea of exactly how much to prescribe. So, expect more of these types of preventative advancements.

First came love, then came marriage, and now Prince Harry and real-life-American-princess Meghan Markle are expecting their first baby. While the fam has been understandably mum on the exact due date, we can expect a ridiculously beautiful addition to the Windsor line some time in the spring.

Remember when 3D printing was just a cool whiz bang thing your richest and nerdiest friend was into? Ah, youth. Expect 2019 to be the year 3D printing really, really comes into the mainstream. We're talking 3D bioprinting in the medical field, advanced 3D metal printing which will revolutionize manufacturing, and even more accessible 3D printing at home. Yes, printing giant Xerox is getting into the 3D printing game, and has plans to develop an at-home 3D printer this year.

Remember how cool the solar eclipse in North America was in 2017? Now South Asia and South America will have their days in the no-sun. On July 2, a total solar eclipse will pass over southern parts of Chile and Argentina, and parts of the South Pacific. Then in December, another eclipse will pass over the Arabian Peninsula and arc over areas of South Asia. Sounds like we need some sort of global exchange of eclipse glasses.

Let's be honest, the 2018 Men's World Cup was really just setting the stage for the main event: The FIFA Women's World Cup, which will take place in June and July of 2019. The matches will be played all around France, whose men's team coincidentally won the 2018 World Cup. And yes, Americans, warm up your voices for some obnoxious U-S-A chants. The USWNT is back in action as returning champions. 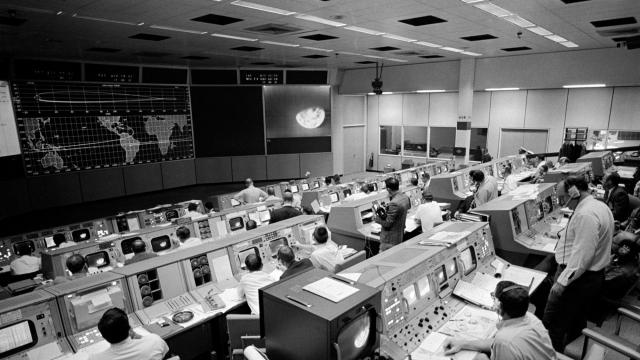 It's going to be a year for history buffs. 2019 marks the 75th anniversary of D-Day as well as the 100th Anniversary of the end of World War I. If you live in or travel to Europe, expect a lot of meaningful ceremonies and events to mark these two important moments of peace. Some travel companies are even offering special tours to mark the anniversaries.

For moon babies, it's also a special year: July will mark the 50th anniversary of the Apollo 11 mission, which put the first two men on the moon.

Yes, we know, conversations about the intricacies of public domain works are endlessly fascinating and a great way to ensure no one talks to you at parties. But seriously, this is pretty cool. Starting on January 1, hundreds of thousands of works of art, film, literature and music from 1923 will enter the public domain. US copyright laws are finicky, but the bottom line is, this significant of a public domain "dump" hasn't happened in 20 years. Works from authors like Aldous Huxley, e.e. Cummings and H.G. Wells; music from composers like Bela Bartok, and some Charlie Chaplin and Cecil B. DeMille films will be easier to (legally) access, sell, buy and enjoy.

8. A transition of power in Japan

Japan will be making history when octogenarian Emperor Akihito steps down in April. There will be plenty of nationwide fanfare around his abdication, and not just because the 83-year-old is ending his royal reign after nearly three decades. His son, Crown Prince Naruhito, will immediately take up the throne in May. So, it will also be a celebration of a royal ascension which is, of course, a pretty big deal.

In case you had any doubt that eSports has completed its world takeover, there will be a massive with a prize pot of $100 million (!!!). The cool thing about the Fortnite World Cup is, according to Epic Games, it isn't focused on big leagues or professional gamers -- anyone with a console and serious skills can participate. Qualifying rounds have already started, but they'll continue through most of 2019 before culminating in the big championship.

Obviously, the Grand Canyon is way older than that (by about 6 million years), but 2019 will mark its 100th birthday as a national park. The National Park Service is planning a year of celebrations for the centennial, so if you're lucky enough to be heading that way, your trip will be extra special.

11. A massive Disney takeover at the movies

If freshly-minted movies are your thing, strap in to your reclining theater seat and let the Disney franchises take over your eyeballs. "Avengers: Endgame" will be one of the most anticipated (and emotionally taxing) films of the year, and it's set to drop in April. But don't forget about Captain Marvel, another hot Disney/Marvel property that will land in theatres in March.

Live action versions of several Disney classics will be headed to the big screen too, including "The Lion King," "Aladdin" and "Dumbo." And of course, we couldn't go another year -- nay, another minute -- without some "Frozen" news. While there isn't much info about "Frozen 2," we do know the sequel is coming sometime this year. So, brace yourself, parents, for 15 more years of "Let it Go."

Disney World and Disneyland are going to be strong with the force this year, because both locations are opening a new Star Wars-themed land in their existing parks in the fall of 2019. "Star Wars: Galaxy's Edge" will contain 14 acres of all kinds of thrilling, money-draining activities for young Star Wars fans who haven't yet been depressed by the glut of commercialism that has choked the franchise. "Galaxy's Edge" will place visitors on Planet Batuu, among "rogue traders, droids and strange creatures," which honestly doesn't sound much different than any other day at Disney.

13. The year of the Periodic Table

Science lovers, it's your time to shine. Dmitri Mendeleev's world-changing system turns150 in 2019, and the United Nations has designated it the Year of the Periodic Table of Chemical Elements. That means the UN, along with the International Union of Pure and Applied Chemistry, will engage in a little Periodic Table evangelism. If you're a teacher, parent or other type of educator, it's a great excuse to get young people familiar with one of the most critical and unifying chemical advancements. If you're just a regular person, why not reacquaint yourself with the difference between an alkaline earth metal and a noble gas? Knowledge is power.

12. The end of "Game of Thrones" + an insane number of new TV shows

Are you ready to have your soul absolutely rocked by some amazing television? 2019 is going to be your year then. The final season of "Game of Thrones" premieres in April, so any GoT fan you know is going to be an absolute wreck for a few months.

If epic historical fantasy isn't your bag, a) what is wrong with you, and b) there are a literal ton of new and exciting shows to whisk you away from reality should you need it. Do you like reboots? Try a revamped "Carmen Sandiego," "The Twilight Zone" or "Veronica Mars." Shows based off of comic books? Peep "Swamp Thing," a DC Universe-based horror series, or "Stargirl," another DC franchise offering. If none of that whets your whistle, there's always a new season of "Stranger Things."

If you love (aka are deeply disturbed) by "The Handmaid's Tale," whether you consume it via Hulu or hardcover, a sequel will hit shelves in 2019. Margaret Atwood's "The Testaments" is set 15 years after the events of "The Handmaid's Tale." While the book isn't related to the TV show, Atwood did say that it was inspired by current events. ""Everything you've ever asked me about Gilead and its inner workings is the inspiration for this book," she said when the book was announced in September. "Well, almost everything! The other inspiration is the world we've been living in."

There are also some seriously cool memoirs coming out: "Amazing Fantastic Incredible," a Marvel memoir by Stan Lee, will release in January. Other memoirs by Olivia Newton-John and "This is Life" star Chrissy Metz round out your reading list.

16. A Statue of Liberty museum

When you tire of the "Star Wars" stuff at Disney, why not head over to visit a more terrestrial hero? A new museum is opening on Ellis Island in May 2019, at the feet of the Statue of Liberty. The museum will feature displays on how the massive statue was constructed, as well as an up-close view of the statue's original torch.

Kiss fans will get one last chance to rock out live year when the band embarks on their "One Last Kiss" end of the road tour at the end of January. They'll make 44 stops across North America. And yes, this isn't the first time Kiss has said farewell to the road, but if you're a major fan, why risk missing the last fling?

Elton John will also begin his road-themed farewell, entitled "Farewell, Yellow Brick Road: The final tour." Obviously. Oh, you want a reunion instead? We have just two words for you: SPICE GIRLS.

18. More reboots than you can shake a boot at

Speaking of reunions and all that jazz, the entertainment world's reboot fever will continue unabated. Among the most anticipated movies? A "Clueless" reboot is in the works from the team that brought the outrageously funny "Girls Trip" to life. "Men in Black International" will be bringing the MIB franchise back in high fashion, with Chris Hemsworth and Tessa Thompson at the helm. And in the reboot-of-a-reboot-of-a-reboot category, we're getting another "Charlie's Angels," starring Kristen Stewart.

19. The world not ending (probably)

If you are conspiracy-minded, or just have a good memory when it comes to astronomical objects, you may recall a few years ago that an asteroid was predicted to come close to Earth in 2019, with a verrry slim chance of actually hitting us and rapturing us all into fiery pieces of space dust. Despite fringe YouTube conspiracies, NASA has completely and utterly debunked this and said the asteroid will fly by with a margin of about 2.6 million miles. Listen, there's plenty that we've gotta get through in 2019 already. Let's not add an asteroid apocalypse to the list.